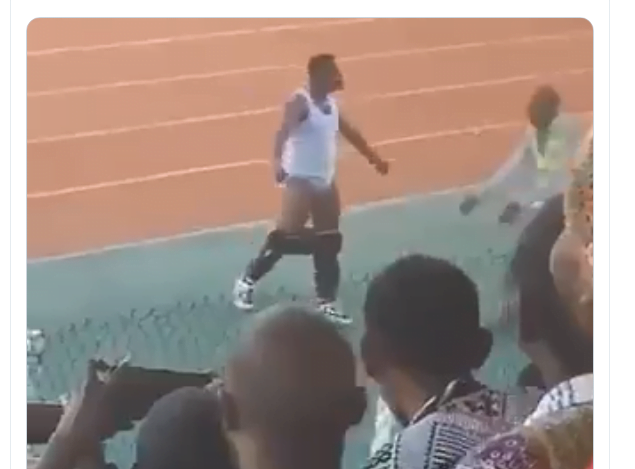 In the joy of winning a football match, a Tanzanian football coach has bagged half a year ban with a fine from further participation after he stripped off his trouser while celebrating his side’s victory.

The coach whose name was revealed as Mani Gamera had himself go home with a six months ban for over displaying himself in such a manner in the open just to celebrate a 1-0 win over his opponent, which happens to be his former club.

In the video, the audience cheered the coach in what seems to be a sign of much love for the coach. But a security man from behind walked Mani out of the stadium.

Meanwhile, Naija News reported earlier that following the announcement by UEFA that Manchester City will be banned for the next two champions league season and fined 25 million pounds for alleged breach of financial fair play rules, the Manchester City coach Pep Guardiola has reaffirmed his commitment to the club.

There have been reports following the ban that Guardiola may leave the club as it is likely that he would lose his star players to other clubs.