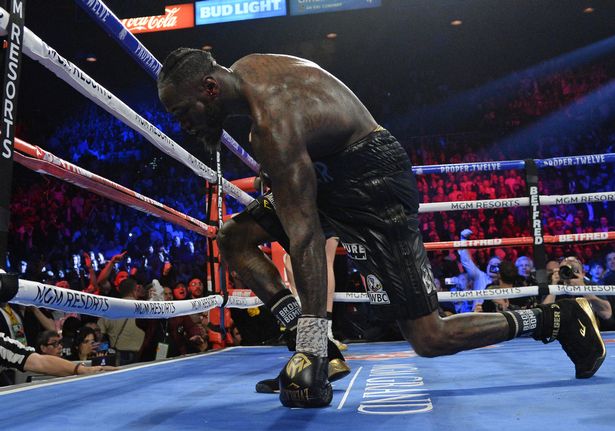 Former WBC boxing champion, Deontay Wilder, has confirmed he will sack coach Mark Breland, after he threw in the towel in his seventh round defeat to Tyson Fury.

Naija News reports that Breland had received praise for throwing in the towel as Wilder was pummelled in the corner by Fury.

In an interview with Yahoo, Wilder kicked against Breland’s decision to stop the fight with the ‘Gypsy King’.

“It is not an emotional thing, it’s a principle thing. We’ve talked about this situation many, many years before this even happened. I said as a warrior, as a champion, as a leader, as a ruler, I want to go out on my shield. If I’m talking about going in and killing a man, I respect the same way. I abide by the same principle of receiving.

“I understand he was looking out for me and trying to do what he felt was right, but this is my life and my career and he has to accept my wishes,” Wilder said.

Naija News recalls that Tyson Fury grabbed the WBC heavyweight belt, defeating Wilder by decree in the 7th round last Saturday at the MGM Grand in Las Vegas.

Tyson Fury reigned in the ring against Deontay Wilder, unbeaten until then but completely helpless against the blows of the Briton.

The “Gypsy King” dominated the American from start to finish of the fight on Saturday night in Las Vegas to finally win logically by stopping the referee, on the 7th recovery.

Fury, who became world champion a little more than four years after taking the WBA, WBO and IBF belts from the Ukrainian Wladimir Klitschko, knocked down his opponent on the 3rd recovery, before hitting him several times, until the referee stops Wilder’s exhausting ordeal.