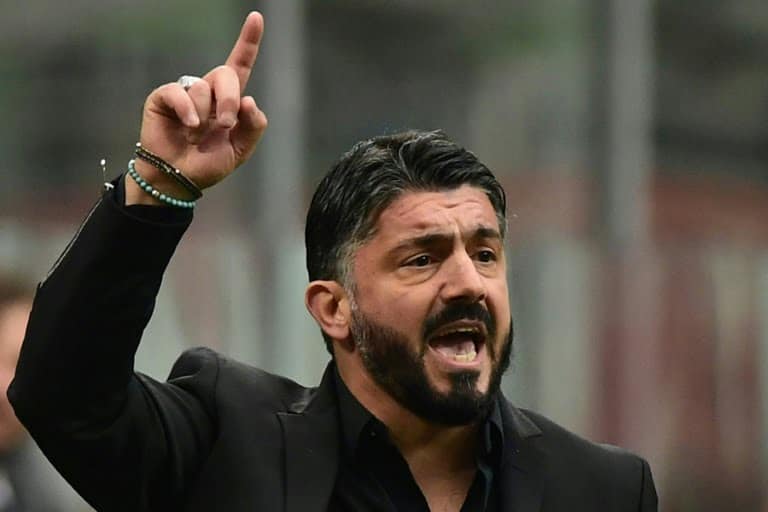 The Manager of Napoli, Gennaro Gattuso has revealed how his team will stop Barcelona captain, Lionel Messi during the Champions League round of 16 first-leg clashes on Tuesday night.

The Serie A side will clash with Quique Setién’s men at the Stadio San Paolo following their 2-1 win over Brescia on Friday.

Gattuso while speaking at his pre-match press conference said: “We have to play against Barcelona without fear.”

“Lionel Messi is unbelievable because he can do things that you only see on Playstation.”

“We have to try and stop Messi.”

“We have to be ready to suffer because they would not let us touch the ball.”

“Barcelona can damage their opponent mentally,” he said.

Barcelona head to the game after defeating Eibar 5-0 in their last La Liga encounter over the weekend.