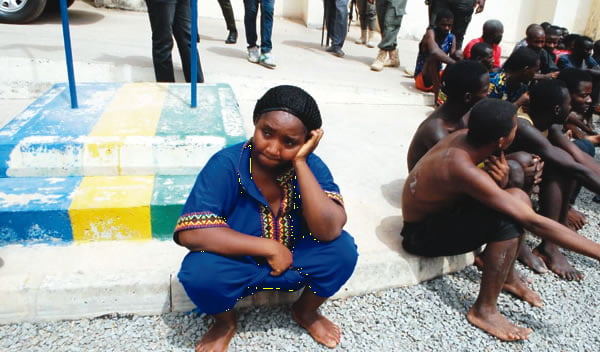 A woman identified as Paulina Santos has been arrested by the Nasarawa State police command for allegedly planning to kidnap the mother of her friend.

A report revealed that the husband of the suspect’s friend works with the Nigerian National Petroleum Corporation.

The Commissioner of Police in the state, Bola Longe, while parading the suspect in Lafia said the 29-year-old was apprehended on February 11, 2020, by the personnel of the command attached to the command’s anti-kidnapping unit.

CP Longe noted that the suspect is a resident of Azuba Bashayi in the Lafia North Development Area of the state.

According to Northern City News, the suspect was a casual worker in a primary healthcare facility.

The CP in his statement said: “The suspect was said to have contacted someone to help her organise a criminal gang that would execute the kidnapping. The suspect has confessed to the crime and that she would be charged to court as soon as the command completes its investigation to serve as a deterrent to others”.

The suspect while speaking with newsmen revealed that she committed the crime and pleaded for forgiveness, promising that she would not indulge in such an act again.