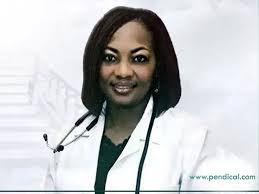 The Nigerian government has named a street in remembrance of Stella Adadevoh a physician who discovered that a Liberian, Patrick Sawyer arrived the country five years ago with ebola.

The Ahmadu Bello Way, near NAF Conference Center, at F.C.T, Abuja has been dedicated to the late Nigerian physician.

Stella died after she has contracted the disease while trying to treat Mr. Sawyer and prevent the disease from spreading to other people.

Ameyo Stella Adadevoh was the Lead Consultant Physician and Endocrinologist at a private hospital in Lagos, Nigeria where she worked for 21 years before she died.

She had never seen Ebola before but was able to diagnose and contain Nigeria’s first-ever Ebola patient in July 2014.