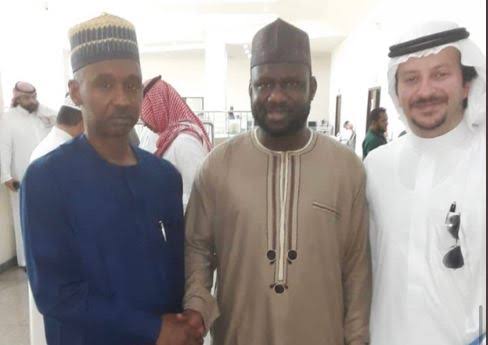 Ibrahim Ibrahim, a Zamfara state indegene who was to be killed in Saudi Arabia, has been rescued.

This was announced today by the Nigerians in Diaspora Commission (NIDCOM).

Through its head of media and public relations, Abdur-Rahman Balogun, the commission said Ibrahim, a cleric, fell victim to a drug-trafficking syndicate when he travelled to Saudi Arabia for lesser hajj in March 2017.

“On getting to the Jeddah airport, he was held, charged, tried in Saudi Arabia and found guilty despite being innocent before a case of retrial was granted,” the statement read.

“This re-trial which was facilitated by the multi- government collaboration of NIDCOM, Attorney-General of the Federation and Ministry of Justice, Ministry of Foreign Affairs and Zamfara state government came up on Feb. 18, 2020 with necessary documentary evidence and he was discharged and freed of the allegations of drugs.

“The documentary evidences provided included a written statement by NDLEA stating that they have arrested and charged three persons who planned the drugs on the defendant and a certified copy of the two counts charge sheet from the Federal High Court Kano.”

In April, NIDCOM in conjunction with the Nigeria mission in Saudi Arabia had secured the release of Zainab Habib Aliyu, another Nigerian wrongly accused of drug trafficking.