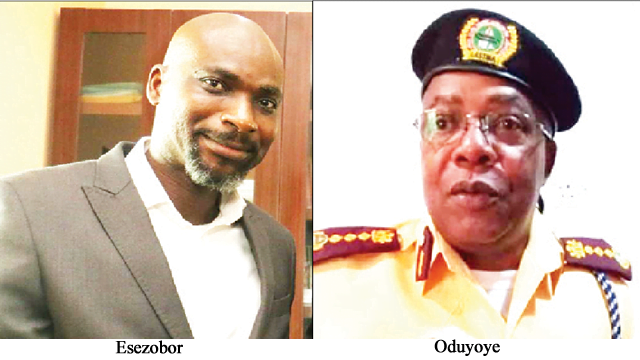 The officials of the Lagos State Traffic Management Authority have been accused by a pastor identified as Anthony Esezobor, of threatening his life after his Mercedes Benz SUV was impounded by the agency nine months ago.

The cleric noted that his SUV was impounded by men of the Zone 30 command over what they described as wilful obstruction of oncoming traffic.

According to Esezobor, the incident happened on May 15, 2019, while he drove in the Surulere area of the state.

He added that efforts to retrieve his SUV were futile as the patrol leader of the command, Williams, allegedly imposed a fine of N300,000 on him.

The pastor said, “I know my SUV was unlawfully impounded, so I had no choice but to tell my lawyer to file a suit at the Federal High Court, Ikoyi, Lagos. We have appeared in court several times and LASTMA authorities refused to come to court.”

“On November 1, 2019, they called for a meeting asking for settlement out of court and after the meeting, the Director of Legal Department of LASTMA, Mr Kehinde Akerele, promised to do a report to the General Manager of LASTMA, Mr Olajide Oduyoye, to release my car. But till date, my car is still unlawfully held at their office in the Alaka area of Surulere. Also, the charge against me was changed to ‘wrongful overtaking.”

“My lawyer has written to the LASTMA GM, the state Commissioner for Transportation and no action has been taken. Instead, Oduyoye and his team have been insisting on me signing an undertaking to withdraw the matter from the court before my car would be released.”

Esezobor alleged that his life had been under threat, saying LASTMA officials broke into his car to get his office address.

He said, “On January 13, 29 and 30, 2020, two LASTMA officers came to look for me on three separate occasions. One of the officers who had my picture on his phone was showing the picture to people around asking if they knew me. My car was registered with my office address, so the LASTMA guys broke into my car that is still with them and got my office address from the car’s particulars.

“It is logical to conclude that these LASTMA men have a mission and have been sent to trail me to make an attempt on my life.”

The LASTMA GM, Oduyoye, denied the report that LASTMA officers are after his life, he futher stated that the pastor went back on an agreement with the agency to withdraw the case from the court for the vehicle to be released.

“I advised that instead of expending cost on the case, why not take the vehicle. But he declined and said he wanted N25m compensation from the agency. So, we decided that if he wanted to make a claim, then we would allow the legal process to take its course.”

“He has a case to answer for the vehicle to have been impounded. I wanted a peaceful resolution of the matter, but dragging it to this point was more of his own doing and saying we are trying to intimidate or threaten his life, is just an attempt to sensationalise the case. He has my number and he has refused to tell me about his observations.”