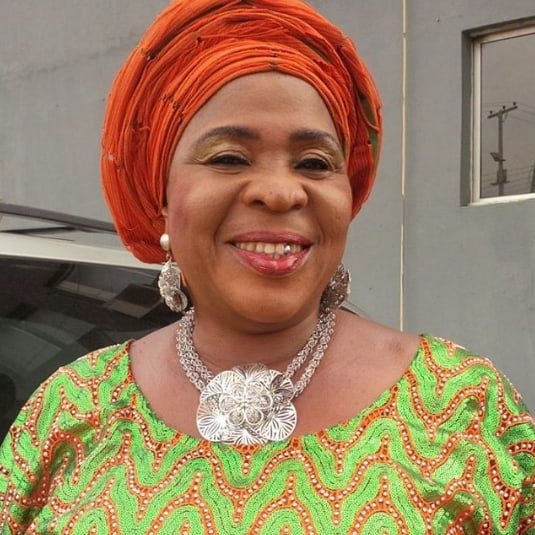 Nigerian Nollywood veteran, Fausat Balogun, popularly called Madam Saje, a name she got from her role in the Yoruba Movie Industry is a year older today.

Naija News learned that the celebrant has today moved into her newly purchased house to mark her birthday.

This media platform understands that Fausat Balogun, her birth name, got the screen name ‘Madam Saje’ also called ‘Mama Saje’ after she starred in a Television series in 1990,  titled ‘Erin Kee Kee’.

In another news, Naija News had reported that Speaker of the House of Representatives, Femi Gbajabiamila has on Tuesday, in a statement by his aide revealed that the Federal Government is ready to join hands with the Nigerian film industry, Nollywood, to give maximum support in its production in the entertainment sector, which will in return increases the countries revenue generation.