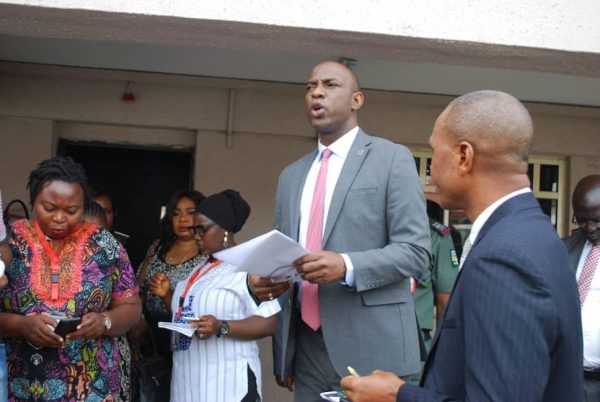 Economic and Financial Crimes Commission (EFCC), Port Harcourt zone has vowed that the promoter of a report in the social media, which falsely claimed that the commission’s holding facility was overcrowded and detainees subjected to mistreatment would be arrested soon.

This the commission said during a media briefing yesterday through its Head of the Zonal Office, Usman Imam, who dismissed the report as fake news.

He said, “The picture of detainees crammed into an open-air cell, purported to belong to the EFCC Zonal Office in Port Harcourt is fake. And the images are strange to us.”

According to him, the commission does not have an open-cell, adding that the available cells they have are standalone facility no close to any storey building.

”We have never had large inmates that the cell could not accommodate, and we have no history of mistreatment of detainees.” He said

He further stated that suspects being prosecuted by the commission usually prefer to be remanded in EFCC custody.

“If the commission had been abusing the rights of detainees, they would not prefer its facility to prison,” he added.

He said the tweets by @ TheRealDayne was only aimed at misleading the public and ridicule the commission.
Imam vowed that the culprit would be tracked, arrested and prosecuted.

He, however, assured that the mischief would not deter the commission from the vigorous pursuit of its mandate to fight economic and financial crimes.

“Under my watch, there shall be no hiding place for criminals in the zone, be they illegal oil bunkerers or cyber criminals,” he said.

The EFCC Zonal Head, who conducted the journalists round the cell and the medical centre of the zonal office, implored them to reflect the true situation in their reports.

“This is the reason I have invited you to see things for yourselves, to enable you to inform the public about the true situation,” he said

See the photo below: 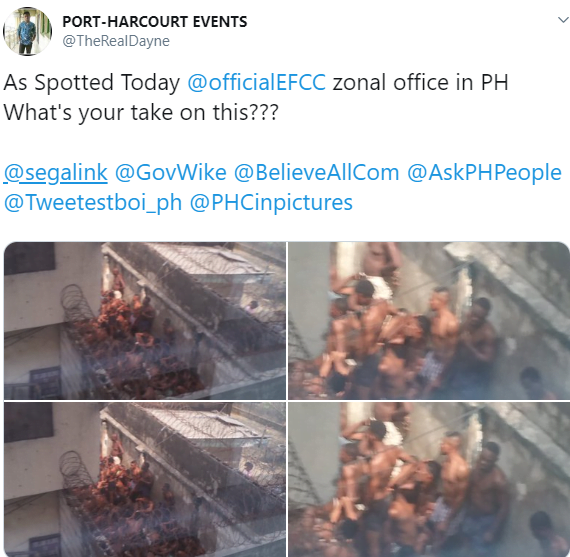