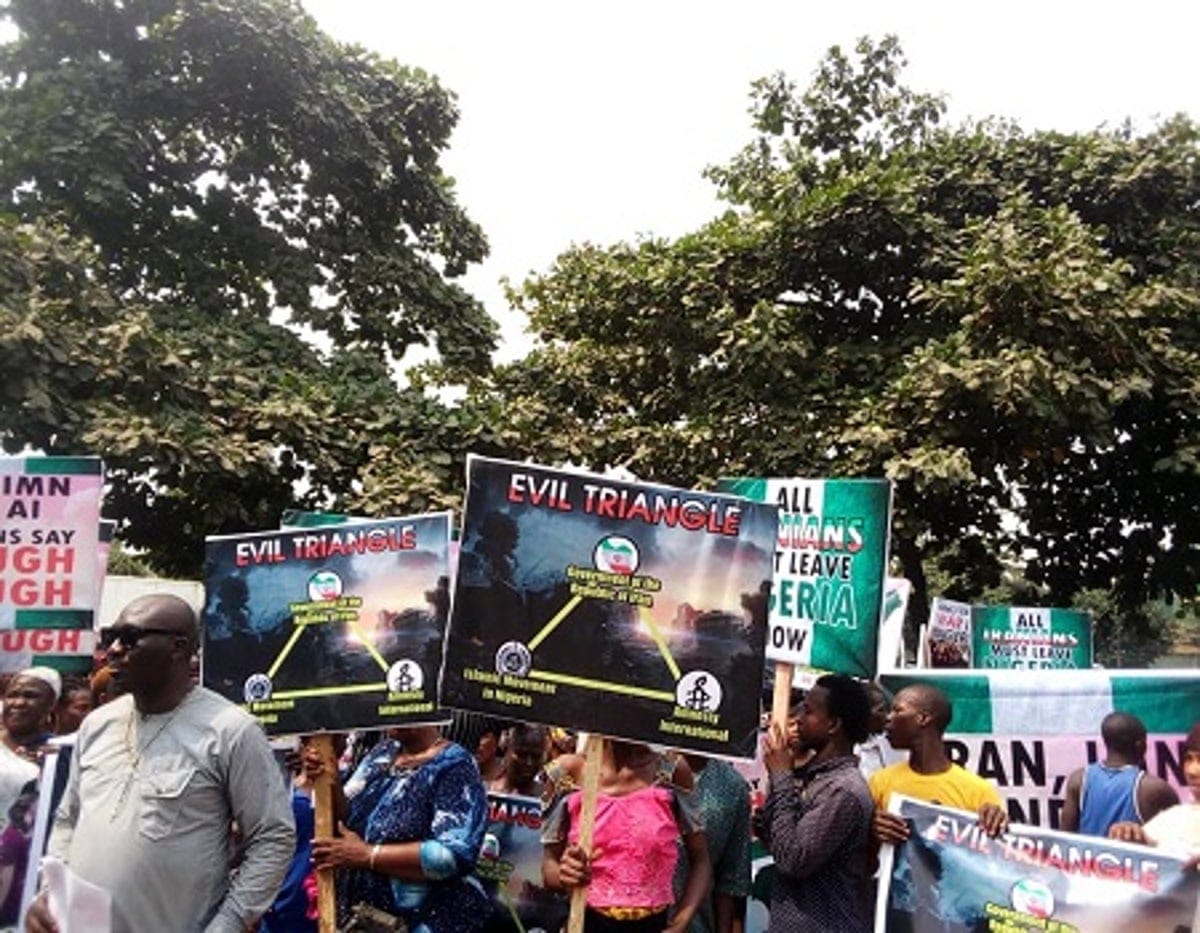 Nigerians have taken to the streets of Lagos State to protest against the sponsors of terrorism in Nigeria.

The protesters, under the aegis of the Concerned Progressives which stormed the Freedom Park, Lagos, On Monday, accused the government of Iran and some international organization of sponsoring terrorist groups in the country.

The group claimed that they are sponsoring violent activities aimed at causing political, religious and economic unrest in the country.

Mrs. Josephine Okpara who spoke on behalf of the protesters called on Nigerians to wake up before it’s too late.

She urged concerned bodies of government to deport all Iranians from the country, saying their continued stay in Nigeria is of no benefit to the nation.

Okpara in her statement said: “Wake Up Lagos, Wake Up Nigeria, Wake Up Before It Is Too Late. There is indeed fire on the mountain with the recent onslaught on the Nigerian nation by agents of darkness in our midst. These harbingers of death have vowed to see to the disintegration of Nigeria, and this much they have started implementing with the promotion of violent groups and the sponsorship of violence across the country.”

“As we know, this is not the first time some foreign countries have been conspiring against Nigeria. They have attempted it several and have failed. But this time around, they have redoubled their efforts to see to the success of this campaign spearheaded wholly by the Government of Iran.”

“The authorities in Tehran smarting from their failures and revelations of their avid sponsorship of terrorism across the globe are attempting to spread their tentacles to the African continent by all means necessary.”

“The Iranian Government has vowed to be ruthless with Nigeria and this much their proxy in terrorism, the Islamic Movement in Nigeria has been implementing from time immemorial with their violent protests across the country, the assassination attempt on the Chief of Army Staff, as well as the spread of their extremist ideology in Northern Nigeria.”

“The Government of Iran should know that this time around, Nigerians would not sit and watch. Nigerians would speak out loud in one voice and one accord to see that their evil plots against Nigeria do not succeed.”

“We all know that Amnesty International has been acting the script of the Government of Iran through their often false reports on Nigeria”.