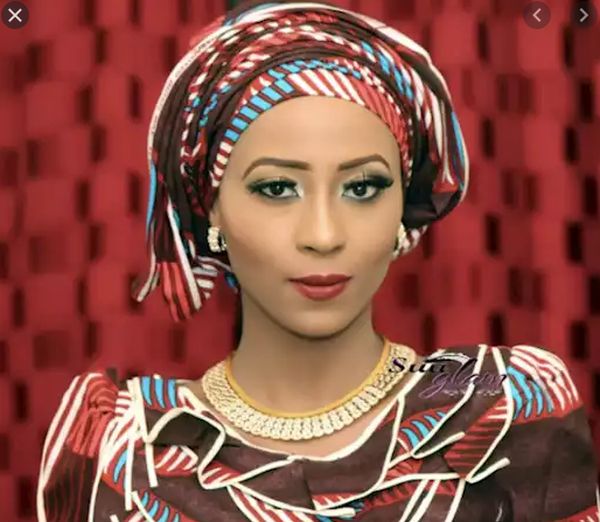 The Kannywood Guild of Artistes has thrown its weight behind the indigenous Hausa movie actress, Maryam Booth after her nude video was released on Twitter.

Speaking on the development, the chairman, Kannywood Guild of Artistes, Alhassan Kwalle, on Monday said no action will be taken against the actress over her leaked nude video.

He said Booth won’t be banned from the Hausa movie industry over her leaked nude video which went viral on social media platforms last week.

Explaining the reason behind the action, Kwalle said the leaked video was not released intentionally by the actress as a pornographic material but it was released by someone trying to blackmail the actress.

“What happened to this girl everyone knows that the video was mischievously taken to blackmail her, not that she was doing a film or sort.

“She tried to take action about it immediately but the guy that did it acted as if he had deleted the video and for over three years he has been using that to extort money from her under threat that he will release the video until he eventually released it on Friday.

“Recently, he called and said he wants to take his mother to hospital and that she should give him money but she refused; that was why he decided to release the nude video,” Kwalle told Daily Trust in a phone interview.

Kwalle further said there is a difference between the case of another actress, Maryam Iyana, that led to her ban from the industry, and that of Maryam Booth which recently went viral on social media.

He added that actresses should not be made to suffer for what is not their fault, further disclosing that the person that captured the video purposely released it after he threatened her to give him some undisclosed amount of money to take his ailing mother to hospital.

“As a leader in this industry, I am always surprised at the way the public is looking at us. Just recently, before this issue involving this young lady came up, many had happened that were even worse but it didn’t get to the public domain as this one.

He said two people, a male and female, are being suspected for releasing the video.