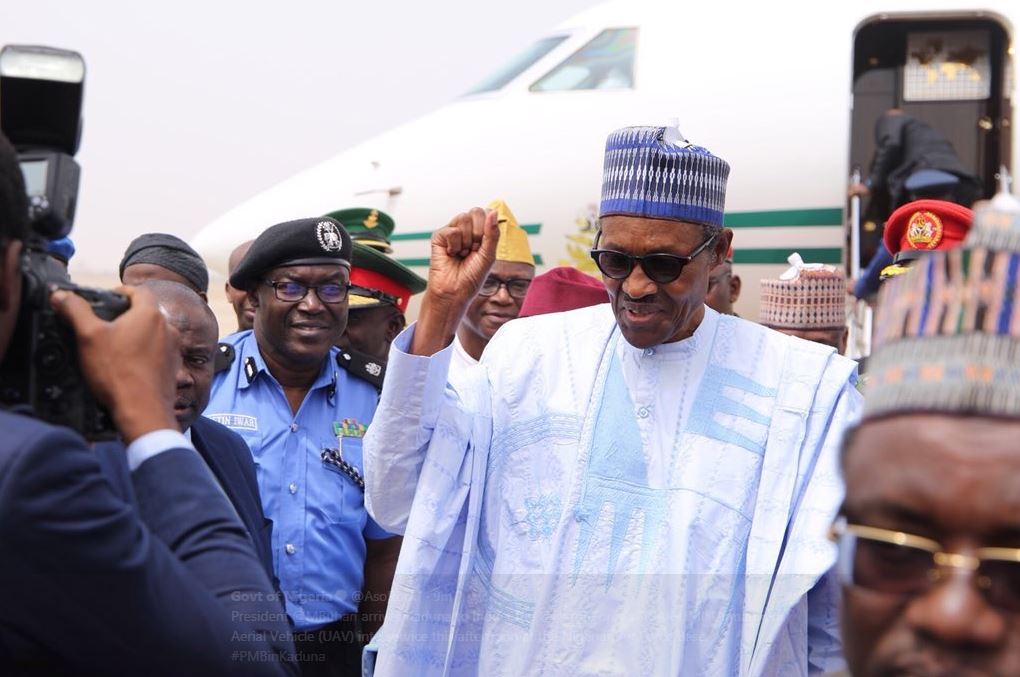 Speaking at the official induction of Nigerian Air Force Helicopters at the Eagle’s Square in Abuja, on Thursday, President Muhammadu Buhari reiterated that promises he made during his swearing-in in 2015 are not forgotten.

The President noted that his promise to end Boko Haram and other forms of criminalities in the country has not changed.

He said, “I promised to put an end to Boko Haram insurgency, kidnapping and other forms of criminalities that have bedevilled our country during my inaugural speech as president.

“You will all agree with me that the successes we have achieved so far have restored our pride and honour the world over. Consequently, I want to sincerely thank Nigerians for believing in our government in spite of occasional outrages, coming together as a nation, irrespective of political, religious and ethnic affiliations in our strive to bring this menace to an end”.

Buhari noted that subsequent victories of the terror groups have proven that he kept to his promises.

He pointed out that “professionalism, capacity building and adequately equipping the armed forces and the other security agencies are major policies of this administration”.

The President in his speech commended the efforts of the Nigerian Air Force towards International security, peace-keeping and humanitarian operations in the African sub-region which according to him has placed the country in the position of reliable regional power.

“The intervention of the Nigerian Air Power in places like The Gambia, Guinea-Konakri, Mozambique, Liberia, Sierra Leone, Mali, Guinea Bissau and Cameroon has been a source of pride,” said Buhari.

“The platforms were subsequently inducted into the Nigerian Air Force inventory to boost operational capability. This was necessary to improve the delivery of promised airpower in support of our counter-terrorism and counter-insurgency efforts”.

“it is on record that these additional platforms have contributed immensely to the Air Force’s successes in the decimation of Boko Haram insurgents. The Nigerian Air Force, since its establishment in 1964 has been playing critical roles in national security as well as in peacekeeping operations on the African continent.”

“Your contributions in international security, peace-keeping and humanitarian operations in places like The Gambia, Guinea-Konakri, Mozambique, Liberia, Sierra Leone, Mali, Guinea Bissau and Cameroon has not only been a source of pride to us as a nation but has also projected us as a reliable regional power.

“This is indeed most commendable as our Air Force, alongside other services, continues to play its unique role in the current insurgency operations and other operations, particularly in the North-East and the North-West, where our officers, airmen and airwomen, soldiers and ratings, are performing gallantly.

“We promised to re-professionalise and re-equip the armed forces and security agencies, to effectively discharge their duties to our nation. I have no doubt; with the deployment of these Augusta 109P Gunships and the MI171E Helicopter will add impetus to the combat efficiency of the Air Force in combating our contemporary security challenges.

He further stated, saying “We are committed to taking the right steps in achieving the desired results. The acquisition of these aircraft, amongst other military equipment, despite our budgetary constraints, is an expression of our commitment. We shall ensure that every sector of our nation experiences the change that we have promised”.