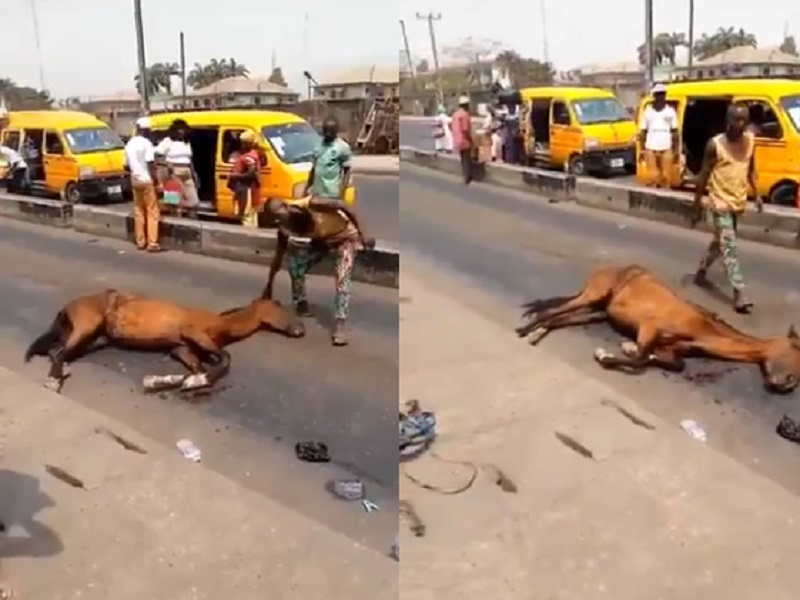 A tired horse, apparently exhausted from being used as means of transportation, following the ban of tricycles and motorcycles in Lagos state collapsed yesterday in the middle of the road

Recall that the state government last week placed a ban on tricycles and motorcycles following the spates of accidents that have been caused by them in the state.

As the ban took effect, lots of horses were seen on Lagos roads. The horses were reportedly used to convey Lagos residents to their venue.

However, in the evening yesterday, a video of a horse lying motionless in the middle of a busy expressway in Lagos was shared online.

Below is the video and also some Twitter reactions.