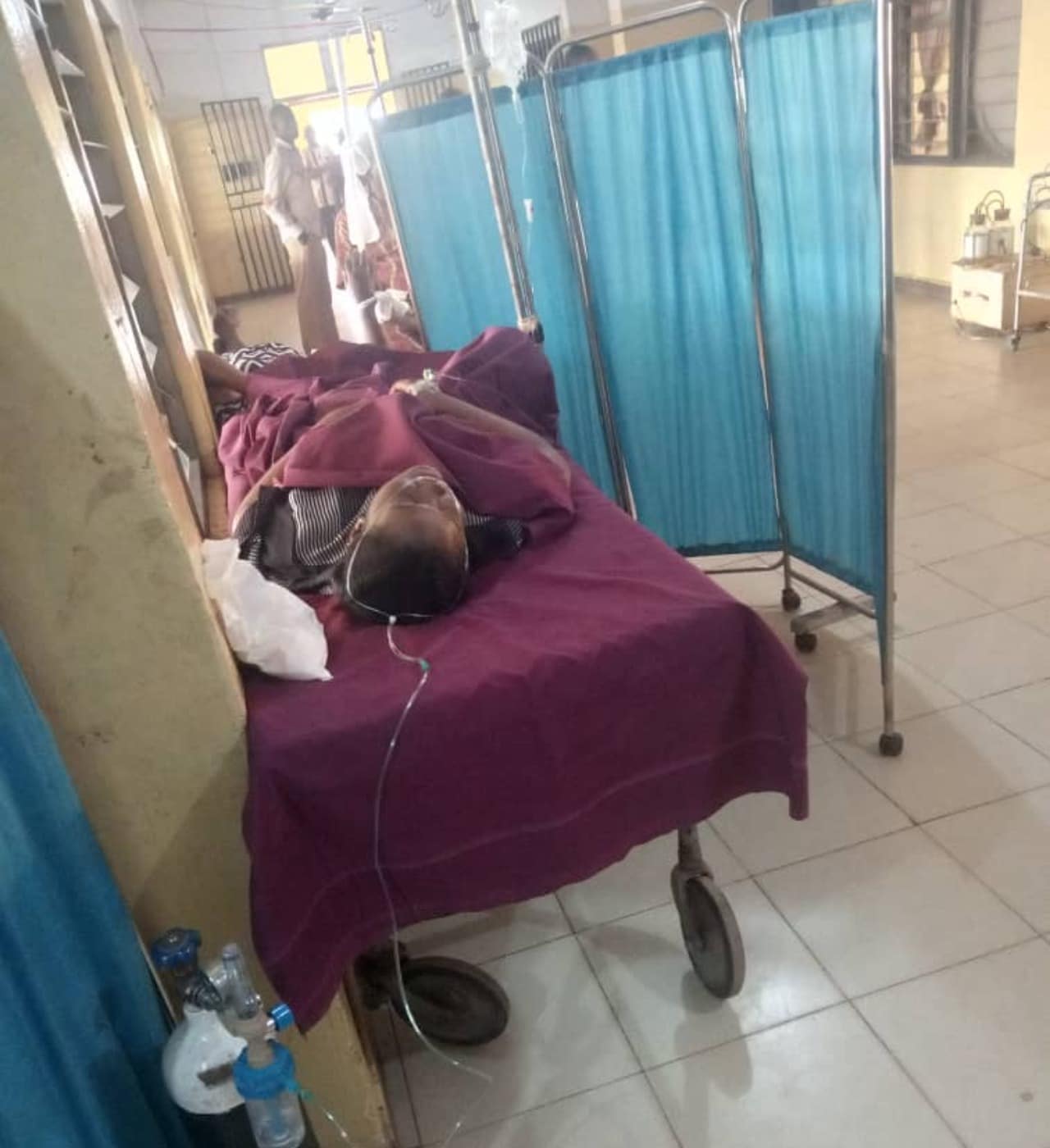 Some officers of the Nigerian Police Force have reportedly beaten a woman to point of death over an alleged rape case.

According to a report which was monitored by Naija News on DailyPost, chaos erupted in Enugu State after some Police operatives in the state stormed the office of Women Aid Collective (WACOL), and beat up a barrister almost to death.

Naija News understands that WACOL is a rights organization known for the championing of the rights of the vulnerable, especially the women.

It was reported that the event took place while carrying out an investigation of a rape incident which eventually lead to the beaten of a female lawyer to a coma.

This media learned through a response from a local source that the female lawyer was rushed to the intensive care unit of the National Orthopaedic Hospital, Enugu where she is currently receiving treatment.

A statement from the Head of Communication of WACOL, Mrs Egodi Igwe in her response to the incident, described it as a brutal attack, which is “unacceptable”, she said.

Another statement from the office of WACOL founder and director, Prof. Mrs Joy Ezeilo, described the incident as condemnable.

Mrs Joy stated, “that the ugly situation began when the police officers from the Abakpa Area Command stormed the WACOL office after receiving a tip from one Miss (Name withheld) a 21-year-old lady, who alleged that she was raped by one Uchenna.”

She disclosed further by saying, “Our team considered her report and thought it wise that rape was such a serious criminal matter that should require Police intervention and investigation.”

The full statement reads in full below;

“To that effect, one of the lawyers in our office, Ibangah Goodness Esq. took the victim to Area Command Enugu, Enugu State with a petition informing the Police of the development and requested that the matter be investigated. She handed the victim over to them and was also present when they obtained a statement from her. At that point, it was reasonably expected that the Police had formally taken over the investigation of this matter from us.

“The Police later called Ibangah Goodness Esq. requesting that she provides the victim to them as the parents of the suspect had plans of settling the issue with the victim and her family. She told them that she had handed over the matter to them and therefore they should source the victim by themselves with the contact details she provided in her statement with them. Rather, the Area commander and some other officers at the station kept calling Ibangah Goodness Esq and trying to intimidate her and coerce her to provide the victim for settlement with the boy’s parent.

“To our utmost dismay, on 30th January 2020 four Police officers from Area Command Enugu, Enugu stormed our office and still requested that our office should provide the victim for them. The legal unit repeated to them that they had already handed over the matter to them and that they should look for the victim themselves using the contact details she provided in her statement at their office and still in their presence tried to contact the victim who said that she was on her way to the station. These officers failed to listen but instead began entering all the rooms in the office building and when they saw Ibangah Goodness Esq. who happened to be in a meeting. They mercilessly beat up Ibangah Goodness Esq. to a state of near unconsciousness.

“They extended the beating to Miss Nneka Okwor, another member of our staff when she made to plead with them to stop beating Goodness. These police Officers took the phone of Ibangah Goodness Esq. and confiscated the phone of anyone who dared to take pictures, record or video their hideous acts. They also destroyed some of WACOL’s office doors in the process. It was such a dastardly beating that at a point Goodness ran into the office toilet to save her dear life, yet the four of them chased her like a hardened criminal into the toilet, dragged her out and continued beating this helpless and unarmed lady who was assisting the Police to curb crimes in the state. And what was her offence? She brought a lady who reported to our office to have been raped to them.

“After beating her to their satisfaction, they whisked her away to their office alongside Ezeani Esq.who was outside when the incident happened. While this was going on, the crowd of people who came to WACOL with their different matters ran away. This happened at around 2 pm. At Area Command the two lawyers were detained and their two phones collected from them and seized. The officers insisted that the victim must be provided by the lawyers before they would be released.

“On getting to the station the parents of the alleged rapist and the police officers started abusing and maltreating Ibangah Goodness Esq. and the other lawyer who was also with her. Ibangah Goodness told them that she was having breathing difficulty and needed her medical attention as a matter of urgency, they turned a deaf ear to her plea and continued to force her to make a statement and also produce the victim for settlement.

“Around 3:00 pm Goodness Esq. fainted and collapsed while still in custody and was not rushed to the hospital until after 20 minutes when Daniel Onyeonagu Esq. one of our Pro Bono Lawyers who saw Police reluctance to provide their own vehicle took her in his car to the National Orthopaedic Hospital, Emergency Unit. Two Police officers accompanied him in his car. Just before they got to the hospital, Goodness Ibangah Esq. became totally unconscious and lifeless. It took the timely intervention of the doctors at the hospital who used their Oxygen and other necessary medical equipment to revive her. Immediately they arrived at the hospital and before she was revived, the two police officers who had her in their custody and who accompanied Daniel Onyeonagu Esq. to the hospital thought she had died and ran way.

“They detained Ezeani Esq. who was outside the WACOL office when they were beating Goodness Esq. inside our office. She remained in their custody from around 2 pm noon till 6:00 pm when she was finally released after obtaining a statement from her. Up till now, they have not inquired the state of the lady who they beat up and who fainted while in their custody and who they also guarded to the hospital.

“This is the height of abuse of Police power, harassing and beating up a human rights lawyer working in an office that has set unprecedented records of assisting the Police in curbing crimes in the country. It is a mockery to an office such as ours and is totally unacceptable and must be fully investigated to bring the culprits to book.”

Also reacting to the incident, the Nigerian Bar Association (NBA) shows displeasure with the attack and called on the police authorities to bring all those involved to book.

Mr Kunle Edun, National Publicity Secretary, NBA, said: “Information available to the Association has confirmed that the officers of the Area Command, Enugu in Enugu State that is supposed to be protecting citizens, again, took laws into their hands when they invaded, attacked and molested staff of WACOL (Women Aid Collective) at the NGO’s office in Enugu.”

“WACOL, as a responsible corporate citizen and in line with its mandate, had duly reported the rape of a lady and furnished the full names of the suspects to the officers of the Area Command. The Police in an exhibition of impunity, shame and lawlessness, turned against the victim and officials of WACOL.

“We hereby call upon the Inspector General of Police and the Police Service Commission to investigate this rogue behaviour by the Police and bring all those involved to book.”

On the other hand, the Enugu State Commissioner of Police, Mr Ahmed Abdurrahman, has requested to calm the situation and promised that proper investigation would be carried out on the matter.