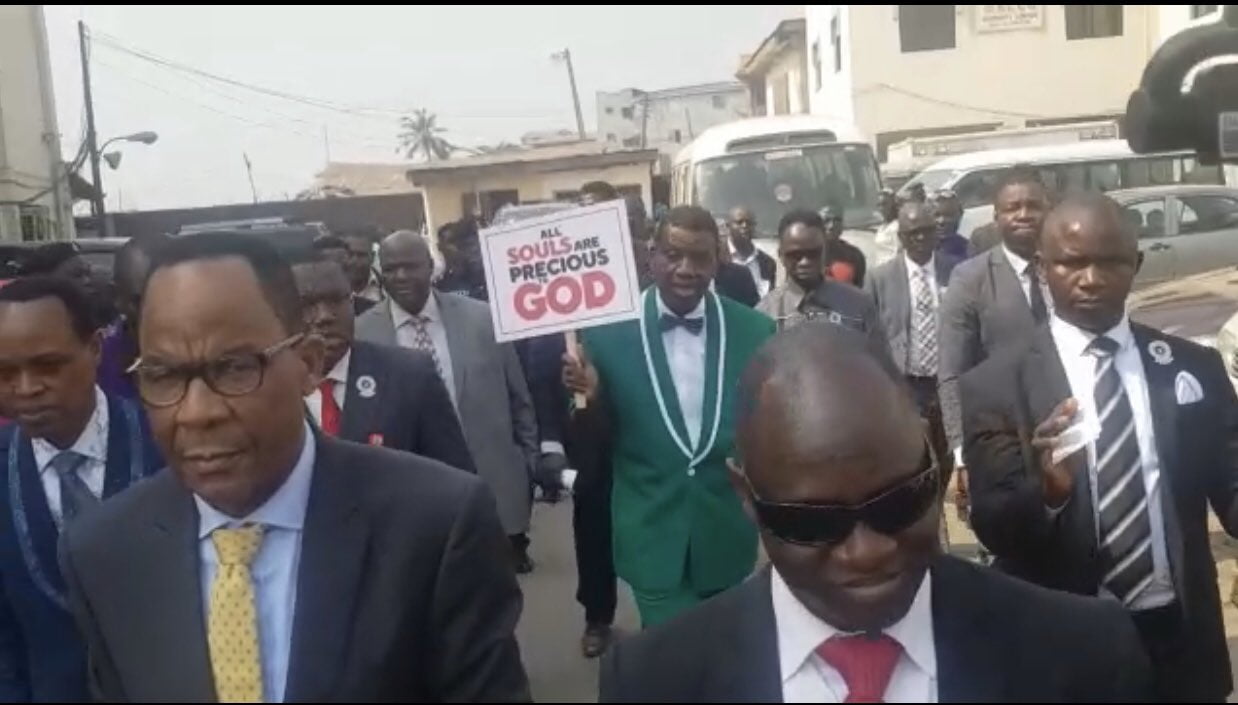 Pastor Enoch Adeboye of the Redeemed Christian Church of God (RCCG) on Sunday, led other worshippers in a massive protest against the current state of insecurity in Nigeria.

The popular clergyman, joined by other members of the church, took to the streets of Lagos state, with placards bearing various inscriptions such as ‘all souls are precious to God’, ‘stop the killings’ God hurts when his creature hurt’ etc.

Naija News understands what happened on Sunday wasn’t just a protest, but also a prayer walk for God’s intervention in stopping the various forms of insecurity, killings and kidnappings currently ravaging Nigeria.

Meanwhile, this online medium recalls Pastor Adeboye last week Wednesday, ‘shook’ a table when he decided to address the issue of married people who still have crushes on other sexes apart from their spouses.

Pastor Adeboye noted in his submission that many who failed to deal with the issue of ‘crushes’ are now dealing with bigger issues of infidelity and even adultery.

He urged Christians to take their marriage seriously, challenging them to cut off whatever could make them contemplate adultery.

Particularly, his comment where he noted that he charged his “son” to sack his secretary whom he has been admiring at work attracted different reactions from Nigerians.