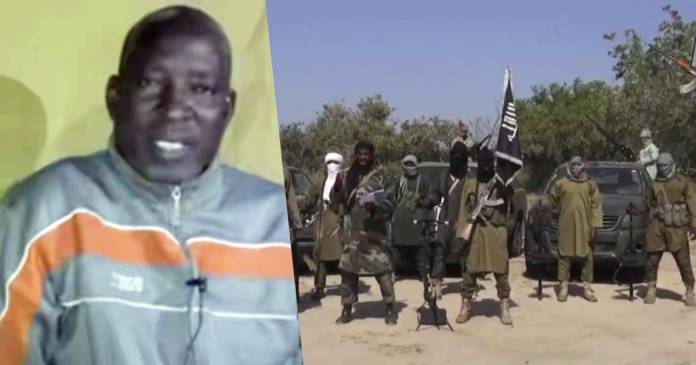 A horrific video showing the beheading of a branch chairman of the Christian Association of Nigeria (CAN) in Michika local government of Adamawa state,  Rev. Lawan Andimi by Boko Haram terrorists has surfaced on the internet.

Naija News had reported in January that the Boko Haram fighters killed Rev. Andimi after the CAN Chairman refused to renounce his fate.

The Chairman of the Adamawa chapter of CAN, Bishop Stephen Dami Mamza had explained that the Boko Haram terrorists, who earlier demanded for a ransom of £2 million, however, rejected an offer of N50 million and killed Rev. Andimi.

Bishop Mamza had explained that two pastors in the state were killed at the same time in questionable circumstances, calling on the federal government led by President Muhammadu Buhari to wake up to its constitutional obligations.

Similarly, the Adamawa state government reacted to the execution of Rev. Andimi, describing the action of the Boko Haram terrorists as barbaric.

Fintiri’s media aide had in an interview with reporters said that Rev. Andimi was abducted two weeks ago when Boko Haram fighters stormed Michika town, in search of food stuff and petroleum products.

Barely a month after the beheading of the CAN Chairman, a video has emerged showing how he was killed by the terrorists.