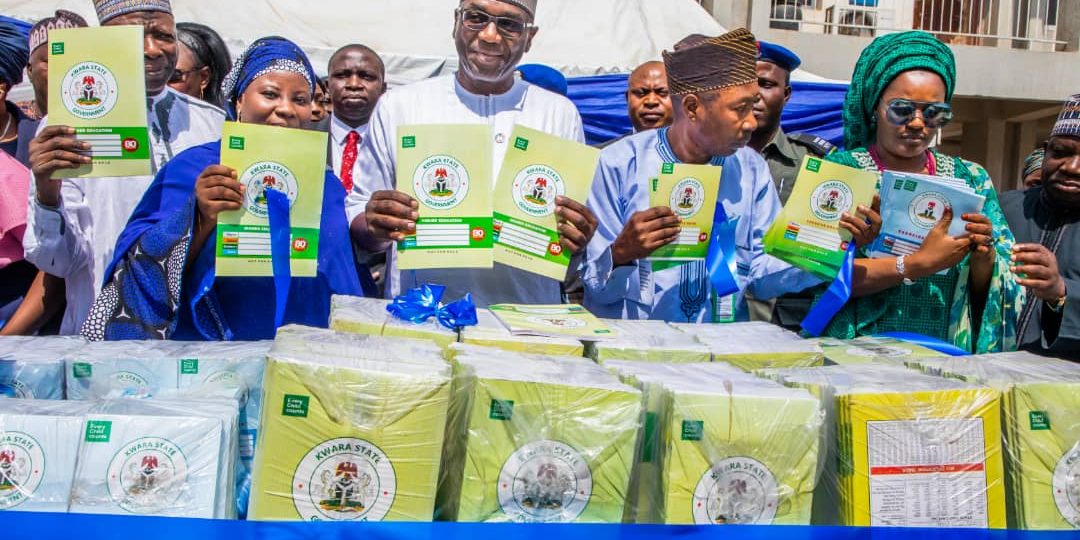 Kwara State Governor, AbdulRahman AbdulRazaq has kick-started the rehabilitation of 31 public schools across the state.

Naija News understands that the governor flagged off the exercise in Baboko Community Secondary School in the capital city Ilorin where three blocks of six classrooms are to be fully rehabilitated and fixed with modern information communication facilities.

Speaking during the rehabilitation of the Baboko school which is expected to be completed in six weeks’ time, the Governor said the 31 schools are the first phase of the rehabilitation he said is required to gradually guarantee decent learning environment for the children.

The school rehabilitation flag off occurred barely one hour after AbdulRazaq supervised the distribution of 932,572 free copies of customized 20, 40 and 80 leaves of exercise books for public school children in Kwara State. He said he has approved the payment of N30.5m penalties imposed on some schools in Kwara for malpractices in the last year secondary school leaving examination.

“The lack of conducive learning environment and longstanding failure to properly fund education — we last accessed UBEC fund in 2013 — can explain rampant incidents of examination malpractices. We are working to end this menace and return Kwara to the top of the table in the north central and beyond,” he said.

AbdulRazaq said the government will soon hold an education summit bringing together all the stakeholders and private sector players to discuss the challenges and evolve with workable solutions.

Education Commissioner Fatimah Ahmed commended the Governor for his giant strides in the sector, including the establishment of an ICT centre in the school for special needs, settling outstanding arrears of N55m feeding allowance of exchange students inherited from the past administration.

Ahmed said the administration has also provided N5m worth of teaching aids and other basic equipment at the special needs school, sponsored the 2019 common entrance, and the recent approval of routine training for teachers on the state.

Various stakeholders in the education sector commended the Governor for his determined effort to bring sanity and standard to the sector.