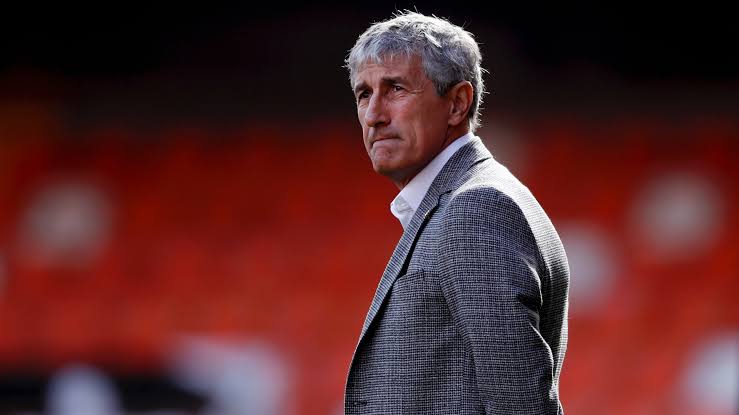 The manager of Barcelona, Quique Setien, has commended his players after their 5-0 victory over Leganes in the Copa del Rey on Thursday.

Setien who recently took over from Valverde noted that the club forward, Ousmane Dembele will soon recover from his injury.

Setien while speaking after the match said, “I have confidence in the players I have.”

“We have to think about what there is and we are happy because in a few weeks we will recover Dembele.”

“We have done very well for the first 20 to 25 minutes, we have been precise and we have had control”.

“It is true that they could have hurt us and that they have reached us.”

“Do not see I am completely satisfied because we have lost control at some points in the game, especially at the end of the first half,” he said.

is an Associate at Naija News. He is a news media enthusiast, he holds a degree in psychology and loves exploring and sharing about the enormous power that lies in the human mind. Email: [email protected]ews.com, Instagram: adeniyidman