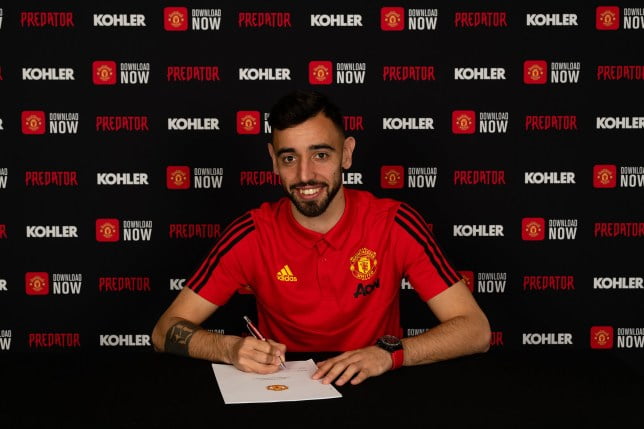 The 25-year-old has signed a five-and-a-half-year contract at Old Trafford with an option to extend for a further year.

The long-anticipated deal, with an initial fee of around £47 million ($61.2 million), was finalized after Fernandes, who has 19 international caps, agreed personal terms and passed a medical.

Fernandes said he was delighted to be joining the club, who are fifth in the Premier League table.

“My love of Manchester United really started when I used to watch Cristiano Ronaldo play and ever since then I have been a big fan of this great club,” Fernandes explained.

Fernandes will bolster United’s midfield ranks. Solskjaer has been short of numbers in that area since the departures of Marouane Fellaini and Ander Herrera, while injuries to Paul Pogba and Scott McTominay have exacerbated the problem.

however, Fernandes will wear the No.18 shirt for Manchester United as the No.8  shirt he wore for Sporting  is currently occupied by Juan Mata at Old Trafford.