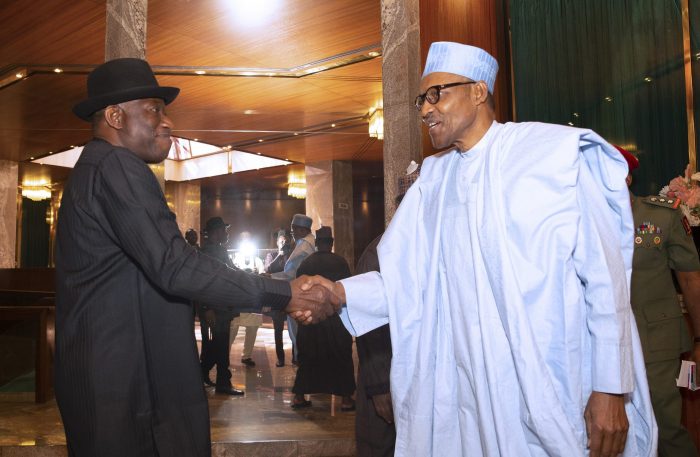 Naija News Understands that the former Governor of Bayelsa state arrived the Villa at about 1:45 pm and was ushered into the President’s office where he stayed for about five minutes.

He was later seen back to his vehicle, waiting at the forecourt of the President’s office by President Buhari himself.

The purpose of the visit or topic of discussion was not known as at the time of filing this report.

Thursday’s visit by the former President is the second to President Buhari in three months.

Both leaders have maintained a cordial relationship since 2015 when Buhari defeated Jonathan during the presidential election.

It would also be recalled that President Buhari condoled with Dr Jonathan when his home was attacked in Bayelsa last December, assuring the former President of his safety.

Here are pictures of the meeting below: 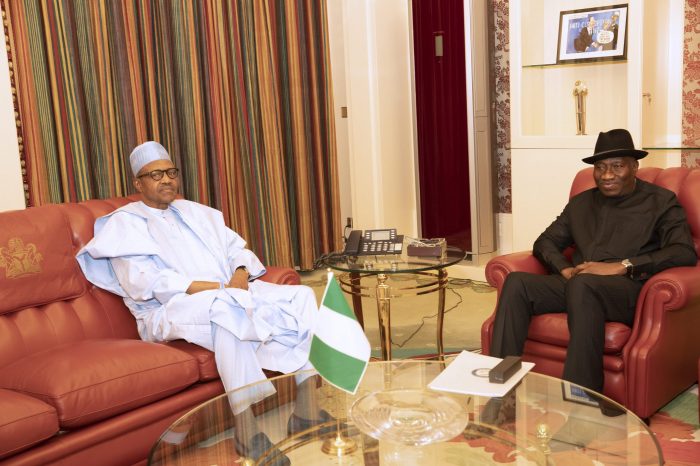 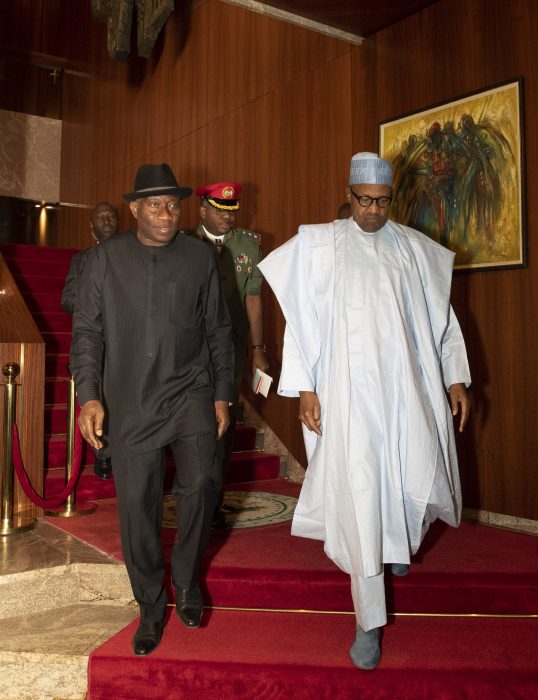 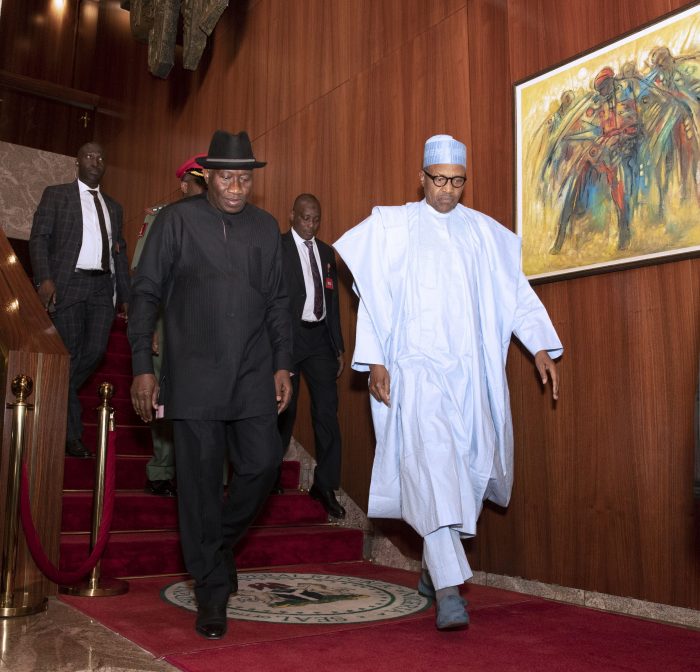