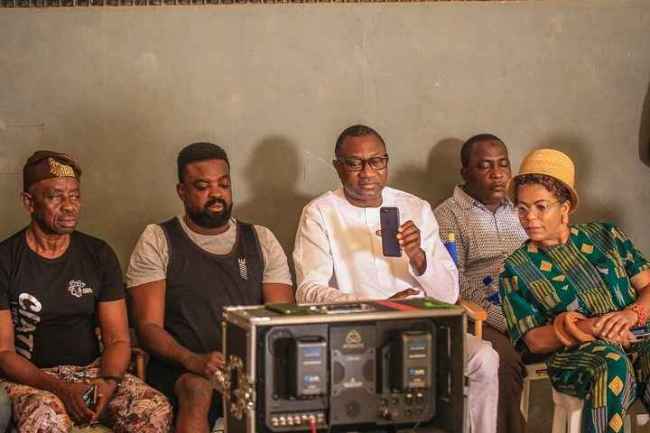 Temi Otedola, daughter of Nigerian billionaire, Femi Otedola, has received the presence of her loving parent while on a movie set.

Naija News understands that Mr Otedola and wife, Nana Otedola, show massive support to their daughter as they visited her on aware on the set of the movie ‘Citation’.

See photos and video below; 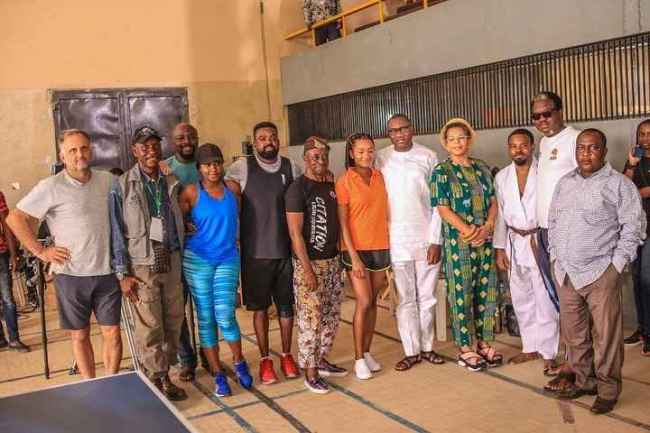 This media had earlier reported that Nollywood film producer, director and actor, Kunle Afolayan, has featured Temi Otedola in his upcoming movie ‘Citation’ which will soon be out on platforms.

The winsome fashion and arts-loving Temi would be starring in the movie alongside tested thespians like Haitian-born Hollywood actor, Jimmy Jean Louis, Sadiq Daba and Gabriel Afolayan among others.

Naija News recalls also that the philanthropist, Femi Otedola about four months ago took over the medical expenses of legendary reggae singer, Majek Fashek at a London hospital.

Majek Fashek who had been admitted at the Queen Elizabeth hospital in London received financial support from the business mogul who sponsored his cancer treatment bill.

The manager to the veteran reggae legend, Uzoma Day Omenka had requested for support to enable Fashek to bid his sickbed good-bye.

A few days later, Omenka announced that Femi Otedola has decided to take over the full medical expenses of Majek Fashek which has been reported to be worth millions of naira.