Shortly after the Economic and Financial Crimes Commission took to Twitter to counter Transparency International on rating Nigeria 146 out of 180 corrupt countries in the world, Nigerians have come for the commission, accusing it of stealing a photo of the eagle in its logo.

Recall Naija News reported that Transparency International revealed its latest in which Nigeria ranks 146 out of the 180 countries with a score of 26.

Reacting, however, the EFCC described the report as “baseless” and “illogical”.

According to them, Nigeria has achieved a lot under the administration of President Muhammadu Buhari where he has strongly fought against corruption. 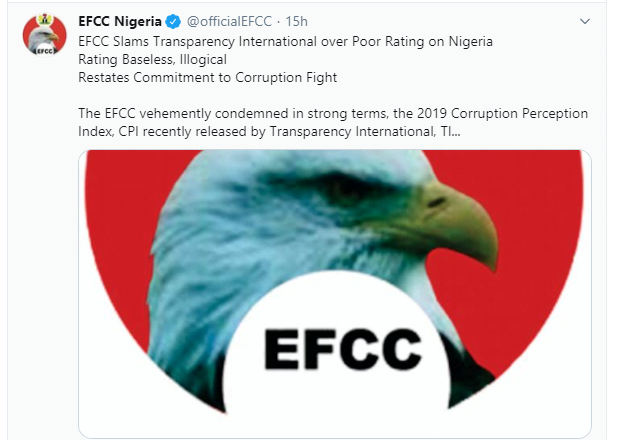 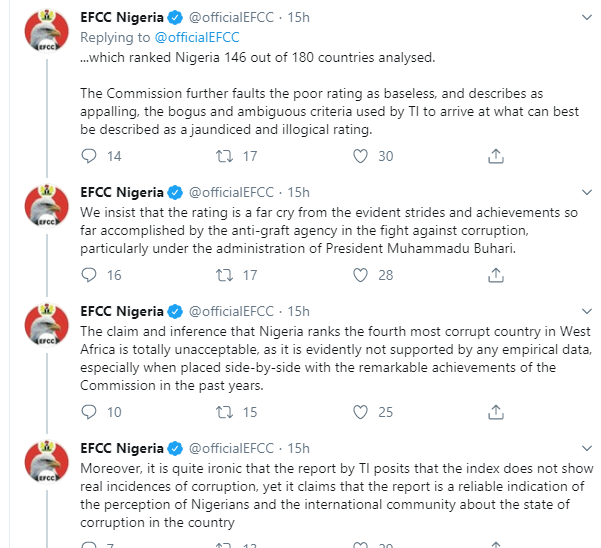 Reacting to the message from EFCC, Nigerian Tech expert, asked the EFCC to keep quiet while accusing them of stealing the eagle on their logo.

He stated that the eagle is not a Nigerian eagle but an American one. See his post below: 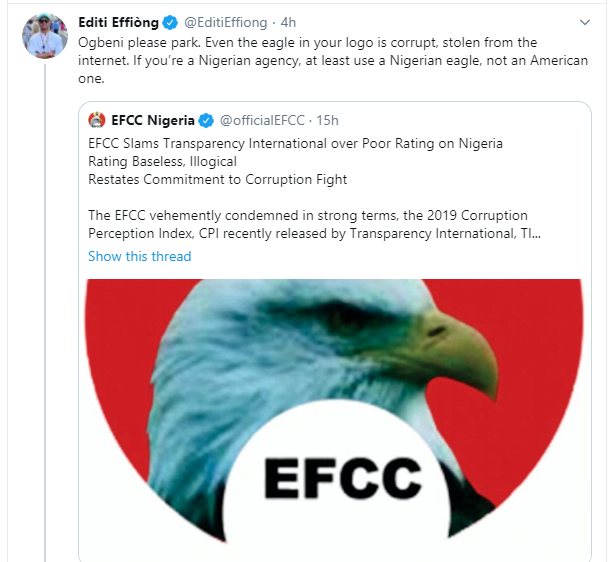 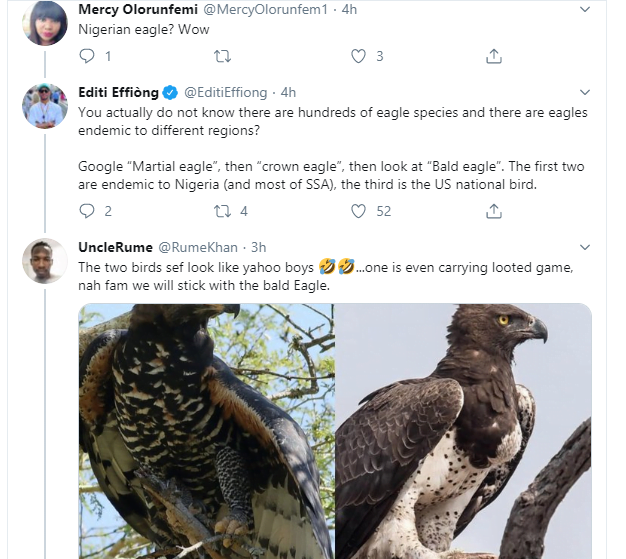