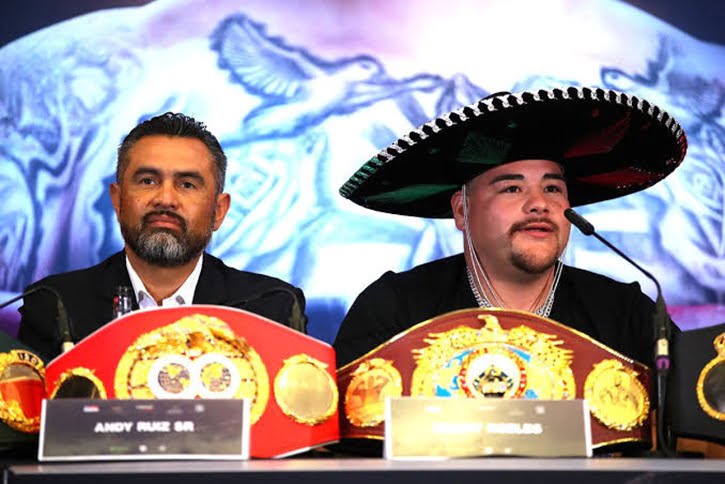 Barely two months after AJ defeated Ruiz Jr., the Mexican boxer has sacked his coach, Manny Robles, who had coached him to successfully defeat Joshua in June last year.

It was also reported that Robles blasted Ruiz saying he had refused to listen to him or his dad after winning the Heavyweight belts from Joshua in their first clash, and that his stubbornness eventually led to his loss six months later.

Robles in a conversation with ESPN, reveals that the relationship between him and Ruiz is never going to work because Ruiz ‘wasn’t listening.

“I’ve seen it coming, I’ll be honest with you,’ he said. ‘Andy was just doing whatever the hell he wanted to do. The dad, obviously with him being the manager, he just had no control over his son. None of us had control of him, for that matter,” said Robles.

“Fortunately for me, Andy took the blame on himself and didn’t sit there like a majority of fighters and blame the coach. The decision was taken by the fighter’s promoter Al Haymon to give him a fresh start.”