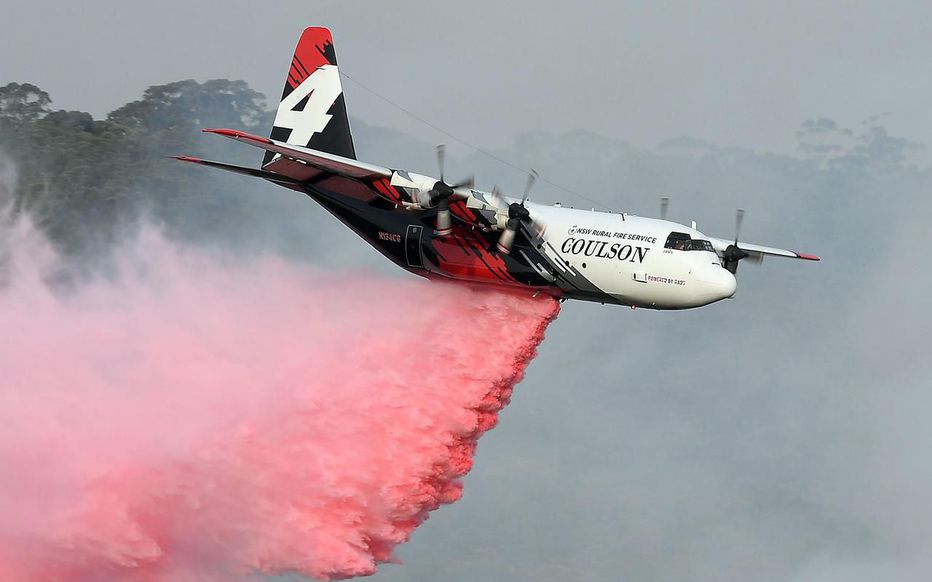 The plane, a C-130 Hercules, was mobilized against a huge forest fire in the mountains southwest of Sydney.

Three American firefighters died on Thursday in the crash of their water bomber plane in southeast Australia. This plane came to the aid of firefighters faced with a resurgence of fires fueled by gusts and rising mercury.

The aircraft, a C-130 Hercules, was engaged in the fight against a fire that ravaged nearly 94,000 hectares (940 km2) in the Snowy Mountains in southern New South Wales.

“Contact was lost with a large water bomber plane in the Snowy Monaro area shortly before 1:30 p.m. (3:30 a.m. in France),” New South Wales firefighters said in a statement.

Authorities finally announced hours later that the three Americans on board had perished in the crash near Cooma, 120 km south of Canberra. These three men, who had extensive firefighting experience, worked for the Canadian company Coulson Aviation hired to assist Australia.

The cause of the accident is not known immediately, but rural New South Wales fire chief Shane Fitzsimmons spoke earlier of “very difficult” conditions for airplanes due to the winds.

Emergency Services Minister David Littleproud said the tragedy illustrated “the inherent dangers” that firefighters are prepared to face to protect others. He also paid tribute to “the brotherhood of firefighters worldwide”.

Authorities have announced that the flags will be flown at half-mast on Friday in New South Wales out of respect for the three Americans who died.

The accident brings the number of people killed since the start of the Australian wildfire crisis to at least 32.

The Coulson company, for which the three Americans worked, announced that it was sending a team to the accident site. Australian authorities have said the company is grounding its fleet of water bombers during the investigation.

At the same time, the fires prompted the authorities to order the closure of the capital’s airport on Thursday in order to reserve its runways for other water bombers.

Commercial flights to and from Canberra were suspended Thursday around noon (2 hours in France) when two lights south and west of the airport merged into a blaze threatening three suburbs of the capital.

Gusts to 90 km / h had been forecast in certain areas, but the rural fire chief of New South Wales, Shane Fitzsimmons, estimated that the wind was blowing stronger than expected, especially in the South of this state ravaged for months by fires.

“One of the big challenges is that it is difficult to fly planes and provide air support to the firefighters’ efforts on the ground,” he said.

Return of hot weather and winds

“We are trying to hire the biggest planes and the biggest helicopters, but it is very difficult. It is too dangerous to have them stolen, “he added, saying he expected” a long and difficult afternoon “for the firefighters and residents.

Forest fires occur every year on the immense island continent at the end of the southern winter. But the fire season this time was much earlier and more intense due to a drought that lasts, and which has been fueled in particular by global warming.

Since September, these fires have reduced an area of ​​more than 100,000 km2 to ashes, larger than the size of Portugal. More than 2,000 homes were also destroyed.
The weather abruptly changed at the end of last week, with spectacular weather phenomena such as sandstorms in certain areas, and heavy hailstorms elsewhere.

The heavy rains that sometimes fell were greeted with relief by allowing some of the braziers to be put out. But the rains paradoxically complicated the clearing and cleaning operations in certain areas.

And Thursday was marked by a return of hot weather and winds likely to stir up the fires. “Traditionally, the fire season does not end here in New South Wales until the end of March,” said Shane Fitzsimmons.