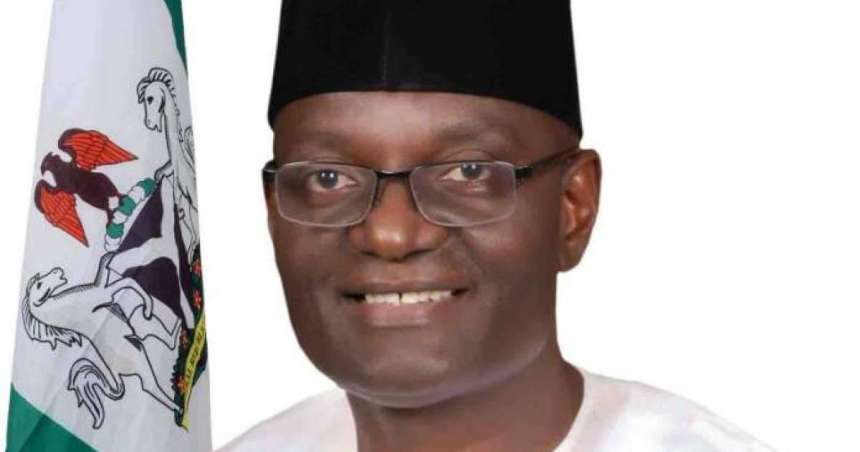 The Supreme Court verdict that affirmed Samuel Ortom as the governor of Benue State has attracted a reaction from Emmanuel Jime, the All Progressives Congress (APC), governorship candidate in the state.

Naija News recalls the Supreme Court on Tuesday, ruled that Samuel Ortom was duly elected in 2019 as the authentic governor of Benue state.

The court also dismissed APC and Jime’s petition for lack of merit.

Reacting to the court verdict in a press statement he personally signed and made available to newsmen in Makurdi on Tuesday, Jime said though the verdict didn’t go his way, he has accepted the ruling in good faith.

He said: “today, the Supreme Court ruled on a petition we brought before it challenging earlier rulings on the outcome of the 2019 governorship elections in Benue State.

“The court’s decision unfortunately did not go in our favour, bringing to a close our legal quest on the matter.

“Sad as the Supreme Court judgment is to me, our party and teeming supporters, we accept the verdict in good faith, and take its implications in our stride.”

He added that the justices have done a brilliant job and he respects their verdict. He also thanked his legal team for their efforts though results didn’t go their way.

“It was and remains our firm belief that unless the sanctity of the ballot is guaranteed, self serving politicians will continue to game the system to retain their clutch on power.

“Let me use this opportunity to thank our legal team. They put up a dogged fight and presented a good case with solid evidence.

“I also extend my appreciation to the Justices of the Supreme Court, who, in spite of a back-breaking workload, gave our petition the thorough attention it deserved. The outcome notwithstanding, we remain highly respectful of their verdict,” the statement added.

“Lastly, let me address the good people of Benue. The verdict announced by the Supreme Court today signals an end to our inquest on the 2019 governorship election in Benue.

“It does not mean we will take our eyes off governance issues as they affect people of Benue.

“So, let this serve as a notice that whenever we notice that our people are being shortchanged by those who hold the reins of power, we will speak up in defence of their rights,” the statement noted.