A block of 12 flats at the 3 Battalion, Army Barracks Effurun, near Warri, Delta State, has been reportedly razed by fire.

Naija News learnt that the inferno started at about 2:00am on Tuesday, destroying buildings and valuables worth several millions of naira before firefighters arrived the scene.

According to a source in the area, residents of the barracks were prevented from recording the incident on their mobile devices, adding that no life was lost in the tragedy.

The cause of the fire is yet to be ascertained.

Meanwhile, in another related development,  A fire drill has gone horribly wrong recently during an orientation lecture on Fire Emergency for freshers at the University of Uyo.

What’s supposed to be a fire drill on emergency, turned into a fire outbreak.

Here are some of the pictures bellow 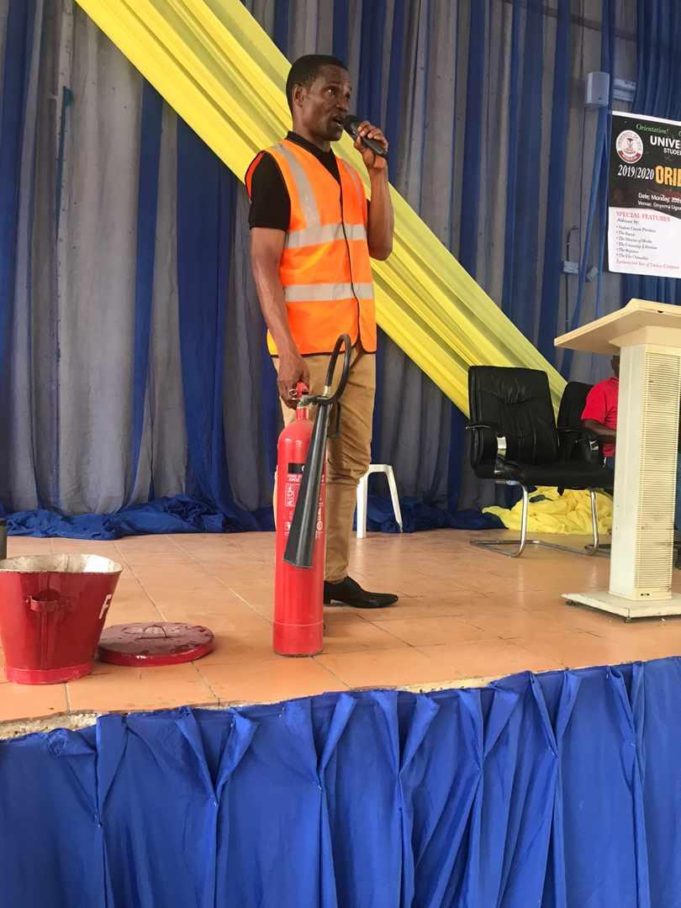 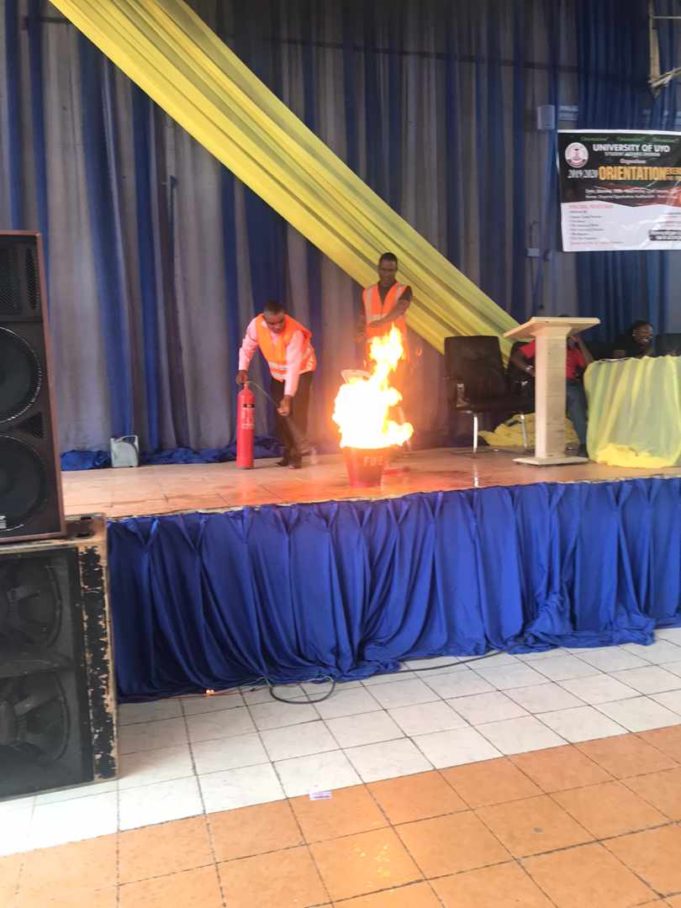 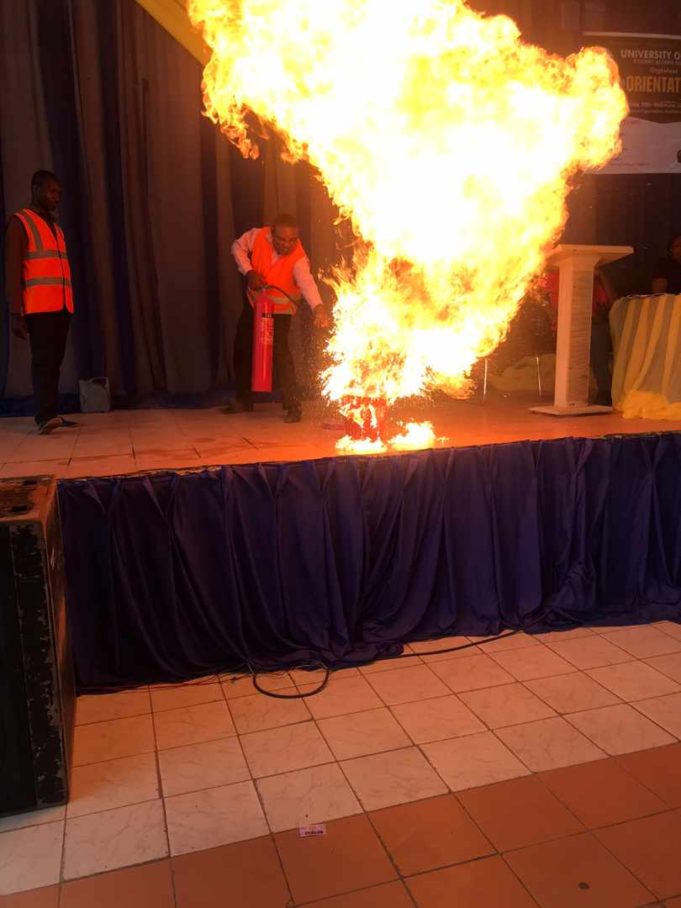 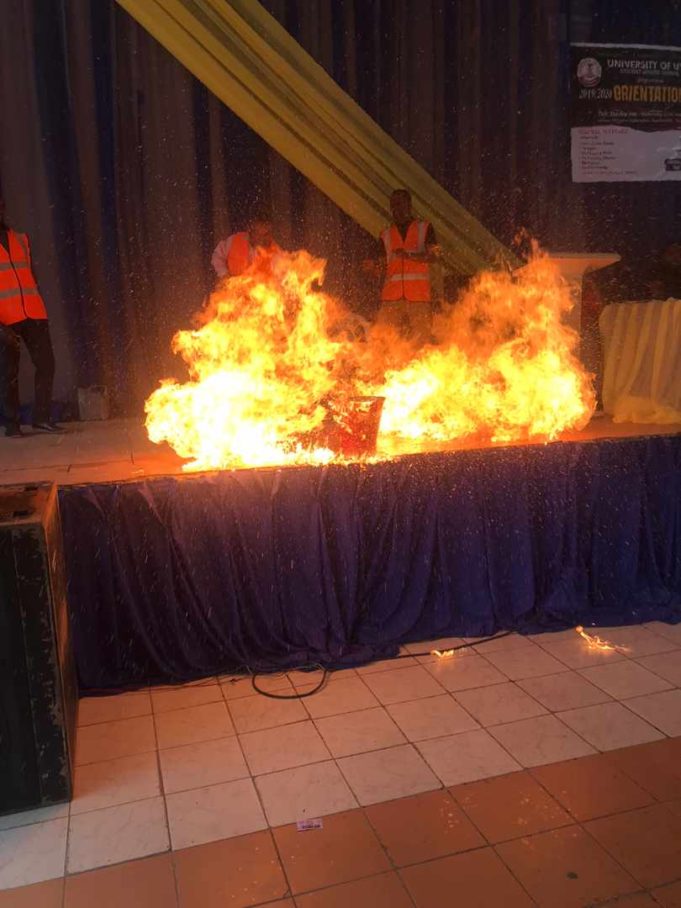