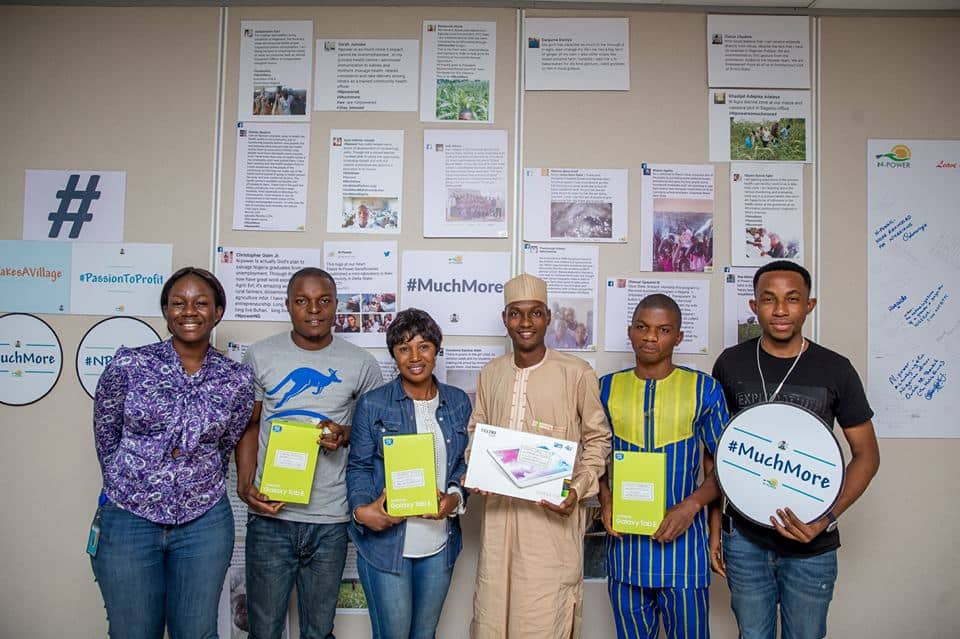 The N-Power team on Tuesday, met with the Minister of Humanitarian Affairs, Disaster Management and Social Development, Sadiya Umar Farouq in Abuja.

The N-Power team was led by Afolabi Imoukhuede, the senior special assistant to President Muhammadu Buhari on job creation and youth empowerment.

The meeting was also attended by Mohammed Brimah, Special Assistant to the President on Job Creation and Tijjani Umar, Permanent Secretary of the ministry.

Naija News reports the N-Power scheme, a social intervention programme set up by President Buhari in 2016 was moved to the office of the Minister in 2019. It had been domiciled under the direct supervision of the office of the Vice President previously.

Graduate and non-graduate Nigerians between the ages of 18-35 employed in the scheme, enjoy N30, 000 monthly stipend, and devices during the duration of their stay in the scheme

Though details of the meeting on Tuesday were not disclosed, an update on the Minister’s twitter account monitored by this online medium revealed that activities around the programme, challenges and solutions were part of their discussion.

I was briefed by the @npower_ng team led by the cluster head, Mr Afolabi and we discussed activities around the program, challenges and solutions. pic.twitter.com/2DJ7qD16ih

Meanwhile, as the two-year tenure of 2016 beneficiaries has expired, uncertainties and fears about their future in the scheme remain unresolved amidst talks of disengagement.