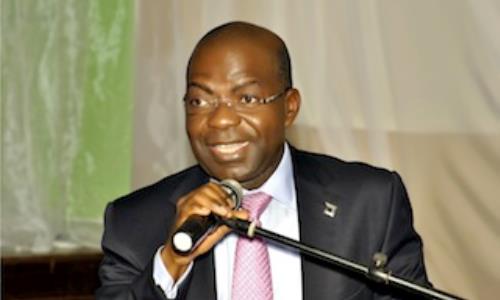 The Governorship candidate of the All Progressives Grand Alliance in Abia State, Alex Otti, has been declared suspended by the party.

The Abia State Working Committee of the party noted that Otti remains suspended from all party activities.

The committee revealed that its governorship candidate never consulted or informed the party leadership in the state on his petition filed against Governor Okezie Ikpeazu of the Peoples Democratic Party.

Recall that the Supreme Court had a few weeks ago affirmed the election of Ikpeazu and his party in its ruling.

The Secretary of the party, Sunday Onukwubiri, while speaking on a radio programme tagged “Open Parliament” said the APGA was not part of the suit filed against Ikpeazu and PDP.

The party noted that it withdrew over the subsisting suspension placed on Otti.

He said, “APGA was not part of Alex Otti’s petition in court, because, he was suspended by the party leadership after the 2019 general elections.”

“He went to court with members of his Abia First structure. He never informed the party. He remained a suspended member until the SWC says otherwise. He was suspended for anti-party activities”.

The party had placed an indefinite suspension on the Governorship Candidate of the party in 2015 and 2019, Dr Alex Otti over anti-party activities.