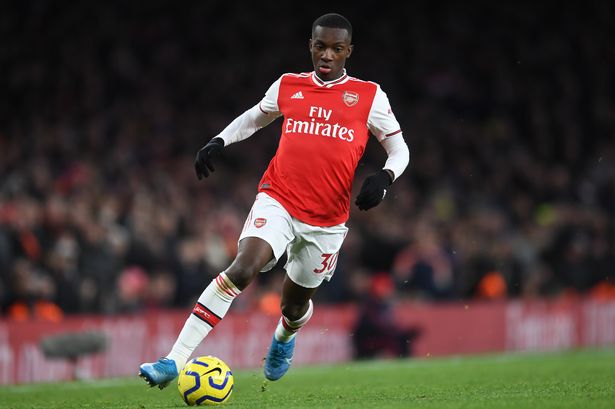 The manager of Arsenal, Mikel Arteta, has hinted at starting Eddie Nketiah when they clash with Chelsea on Tuesday at Stamford Bridge.

Nketiah was recently recalled from his loan spell at Leeds United and will with the Gunners until next season.

The striker who replaced Alexandre Lacazette on Saturday played for 16 minutes in the Gunners 1-1 draw with Sheffield United.

Following Pierre-Emerick Aubameyang’s three-game ban and Lacazette inconsistency, Nketiah might be starting the match against the Blues.

“Every player has a chance to start.”

“[Nketiah] is in the squad. We will assess who is in the best conditions to play in who is training well and we’ll make the decision based on that.”