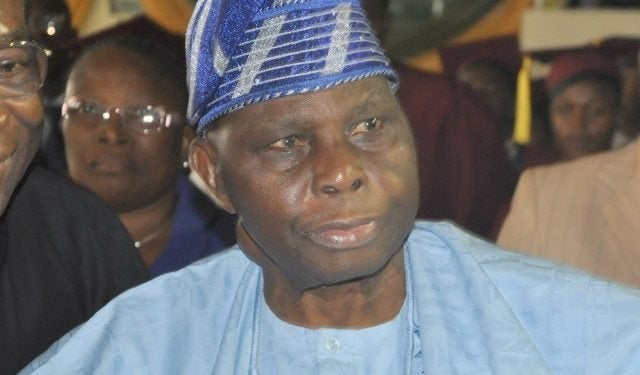 Dr Lekan Are, Director of top Nigerian newspaper, The Punch,  passed away on Saturday after a brief illness.

Are. aged 86, died at about 12:30 am at the University College Hospital, Ibadan, Oyo State,

The deceased, a foremost agronomist, businessman, was the Chairman of Kakanfo Inn and Conference Centre, Ibadan; a former Chairman of University Press Plc; director, WEMA Bank; a pioneer General Manager of the Ogun-Osun River Basin Development Authority; and a proud son of Ibadan, Oyo State.

Born on December 2, 1933, Are had his secondary education at Government College Ibadan and studied at the University of Ibadan for a degree in agriculture.

He later travelled to the United States for further studies and earned a master’s degree and a PhD in agronomy. In his lifetime, Are was a former president of the Government College Ibadan Old Boys Association and a Trustee of the association.

Governor Seyi Makinde of Oyo State described his death as a huge loss to the state.

In a condolence message on Saturday, Makinde also described Are’s death as a loss to the education sector and the media industry.

He added that Are would be greatly missed because of his invaluable contributions to the various sectors of the economy.

Makinde said, “We are deeply saddened by the news of the demise of a respectable elder statesman and an industrialist per excellence, Dr Lekan Are.

“His demise at this critical period in the life of our nation, when economic indices appear not to be adding up, is a huge loss, given his laudable contributions to the growth of several sectors.

“As a state, we will particularly miss Dr Are’s inimitable contributions to the development of one of our iconic secondary schools, Government College Ibadan.

“We are equally proud of his contributions that have made PUNCH newspaper the leading light in the media sector.

“On behalf of the government and the good people of Oyo State, I commiserate with the Are family, the GCIOBA family, PUNCH newspaper and other associates and pray that the Good Lord grants them the fortitude to bear the loss.”