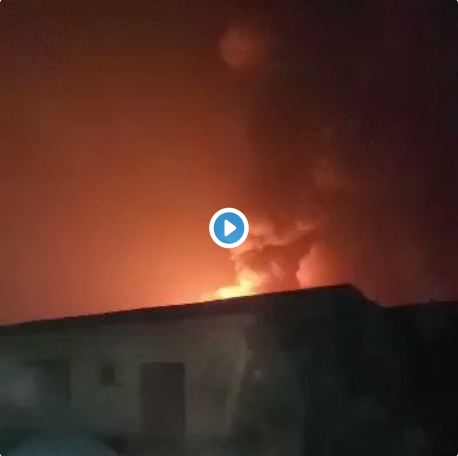 There are indications that the explosion occurred from a ruptured pipeline belonging to Nigerian National Petroleum Corporation (NNPC), caused by activities of vandals around the area, Naija News learned.

This online news platform understands that the fire was still raging as at the time of filing this report in an explosion that occurred on Sunday evening, January 19.

The LASEMA Director-General said: “There is a fire incident at Oke-Odo. We are already coordinating.”

Similarly, Magret Adeseye, the Director-General, Lagos State Fire Service, said three fire service stations had been deployed in the area to curtail the fire incident, adding that no casualty had been recorded.

Her words: “Yes, a fire incident is ongoing. Three of our stations are present at the scene of the fire incident.

“The fire is still on, but under control, we deployed Agege, Alausa and one other fire stations to the area.

“The cause of the fire incident is still under investigation, no casualty has been recorded for now,” she added.