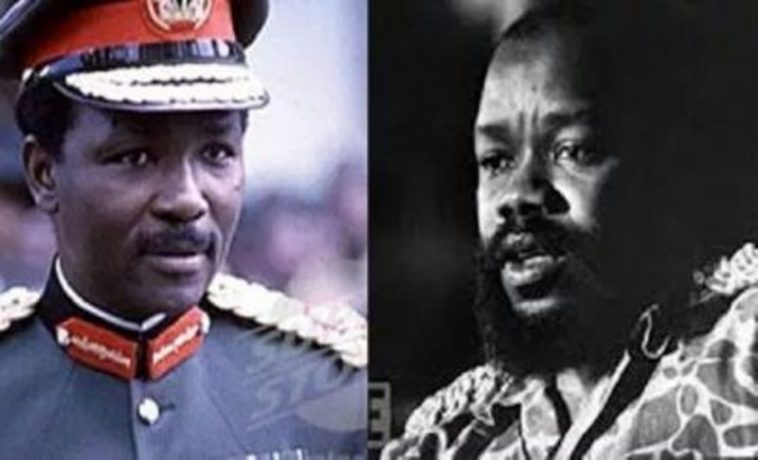 Naija News reports that the General opened up on some inside details of what transpired before, during and after the nation’s three-year civil war in a small version of “General Gowon’s War Memoirs.”

Speaking on the Aburi Conference, which preceded the Nigerian Civil War, 50 years ago, Gowon said, “The purpose of going to Aburi was to try and find a means of coming together again and know ourselves and try to co-operate and work together in the interest of the country. And so, we went there with no set position but to be able to discuss generally and work together to restore the trust and confidence that we used to have in the army which unfortunately was broken by the event of January 1966 of which I was the only lucky beneficiary to be alive among the senior officers from the same school, from Barewa College. The coup plotters happened to have come from Umuahia Government College. For me, this is quite interesting. And of course, I went to Sandhurst with quite a number of them like Alex Madiebo and Pat Anwuna. They were together at Sandhurst but they were not part of those who did the coup.”

Speaking further on what transpired at the peace talks, Gowon said, “At the Aburi Conference, Ojukwu was the only one who came with set papers and a list of demands, what he wanted to be done. And every demand was read from that particular paper. And it was written on a pink paper. And during our staff college training days, if you have anything written on pink paper, it means it is the S-solution, the staff-solution answers to the subject that you are discussing. And so we joked about that, his solution to the problem. With the rest of us, myself and the other governors from the West, from the North, from the Midwest at that time, I said let us go there with an open mind to discuss the issues or whatever it is with a view to bring us all back together. Because as at that time Ojukwu had really cut off from the meeting with the rest of us all this time and even after Aburi.

“After the Aburi meeting, we scheduled a meeting to discuss the agreement that we reached at Aburi and to bring out a decree that would really represent the decision that we took there but Ojukwu would not come to that meeting. Instead, he came immediately after that meeting to Benin to meet with David Ejoor to know the outcome of our meeting which he deliberately absented himself from. And the outcome of that decree was honestly to give Ojukwu practically everything that he wanted in order to have him back to the team so that we can work together to try and solve the problem of the country. My stand was this: You cannot undo what had already happened. I mean the crisis that we’ve had from that coup to all the killings that took place in the northern part of this country at that time. Those things you cannot undo but at least we can now work together to try and get to the bottom of it and deal with any perpetrator and try to ensure that it does not happen again in the country. This was the essence of that decree which if agreed to would have given us that opportunity. The only thing that I added was a clause—the non-secession clause. From the intelligence gathered at that time, we knew that there were plans by the Eastern Region to break away. And that was part of the reason Ojukwu had not been coming or agreeing to our meeting all the time. We had sufficient intelligence that this was what was going to happen. And so, I added one clause which is that there would be no secession. It was on that score that they rejected that decree but I can assure you that the decree represented the honest view of everything that was agreed to at Aburi which gave Ojukwu practically everything. As the head of state, if any governor refuses any decision that I thought was for the good for the country, it cannot be carried out. I had the veto power as head of state but I had to forego some of my powers for peace to reign.”

General Gowon, who recalled that he attended the Aburi conference sick, said, “Unfortunately for me at that time I was having a very serious attack of malaria fever. But I went through the meeting all the same. The decision we took was that when we come back, I am going to make a statement to the nation before any of the governors make any statement concerning Aburi. But still, the fever was there and I was down. As such, I was unable to make any statement on that day or the following day. Whereas Ojukwu when he came back, he went straight to the radio station to say that he got everything and we even agreed to separate.

“So I was woken up in the early hours of the morning by the governor of the Midwest who asked: “Have you heard the news or the comments by Ojukwu over the air concerning Aburi?”

“And then I was told what he had said. So I asked the Midwest governor: “Was that what we agreed upon?”

“No, that was not,” he replied. “But Ojukwu has gone ahead to announce a different thing to his people and to the whole world.”

While expressing his belief that the Biafra war was meant to be in spite of efforts to prevent it, Gowon said “Today, with the benefit of hindsight, I believe honestly that that was fortuitous. God probably meant it to happen so that at least that agreement we got into in Aburi would not strangle the country. Which meant that Ojukwu could have easily decided to secede. And there is nothing that you could do with it because we had agreed to everything at Aburi, except of course when I put in that clause. That was the only additional thing that I added.

“Well, they can say that at Aburi, Ojukwu won the argument but as far as I was concerned, I was honest and sincere in dealing with this thing. There was no cover-up in our decision and my feelings towards finding solution to the problem which required honesty and sincerity as well as carrying along all your colleagues in the interest of the country. Once that is broken, I am afraid I know my duty, I swore allegiance to defend the unity of the country, the sovereignty and the integrity of my country. And as a soldier, this is what I am supposed to do,” the former Head of State said.