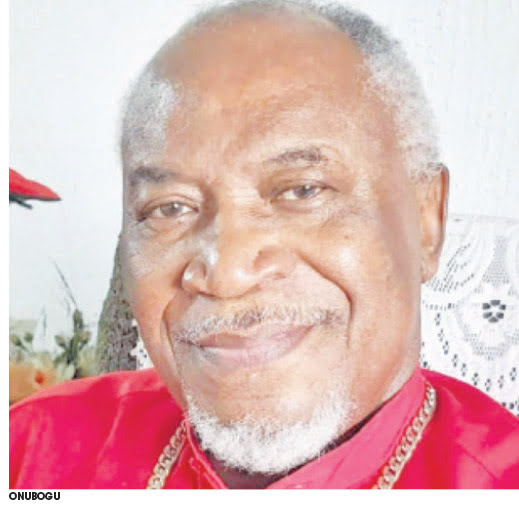 Obi Udezue Onubogu, a former security officer to a warlord, Chukwuemeka Odumegwu Ojukwu, says the day the defunct Biafra Head of State shed tears, was over Nigerian soldiers that were captured by Biafran fighters.

Naija News reports that Onubogu, who was a young police officer when hostilities broke out leading to the declaration of the Republic of Biafra by Ojukwu, the then Governor of Eastern region, made this revelation during an interview with The Sun Newspaper.

This online news platform understands that a war broke out between Nigeria and Biafra, the said war lasted for three years, with over 3 million people reported to have lost their lives in the wake.

Onubogu was Ojukwu’s security officer until a few days to the end of the war when he joined Ojukwu in the flight to exile in Ivory Coast.

Asked what his most striking war experience was, Ojukwu’s ex-ADC said: “One of the issues I remember very well which was issue of rare incidence, it taught me a big lesson. What happened was that there was a compromise between the Nigerian and Biafra troops; they decided to be friends and avoid killing each other. Their reason was that Ojukwu and Gowon were in bunkers, quite safe and they were out there fighting, trying to kill one another. Why should they be killing themselves? That was what we learnt later. So, they dug a massive hole, vowed, made a pledge that any arms supplied, they’d bury them there and get on with their friendship. It was sealed with parties.

“They came over to the Biafra side to party and our people went to their side to party and our people supplied dancers, women, they supplied drinks and cigarettes and everything during the party. So, in one of the parties, our people suddenly took gun and arrested them; they said they were up to about 200. They rented trucks and brought them to Umuahia and put them on parade. It was one of the rare incidences, which I remember, and it really struck me. They brought them to receive orders to execute them that they were war prisoners.

“When we received them and lined them up, we went to tell the Biafra leader and he said it’s impossible. He said “I’d investigate this, this is impossible. I’m a commander. As a military officer, I know that there’s something in this.” And he prepared and came and inspected the guard of honour.

“He went there but his fist was so tensed; after that, he came out and began to cry.”

“You thought I’m so bloodthirsty; you didn’t execute them; you never executed them at the front, you brought them here for me to execute. Now take them away from here; camp them in your base and make sure you feed them till the end of the war.” That was highly emotional. Some of the people that were there can’t remember. They would all have thought he would have said “take them away and execute them” but he wouldn’t do that. But the fact is that Nigerian soldiers, authorities, and commanders, would not believe that he did it, because some of them were ruthless in their actions against our people,” Ojukwu’s former ADC said.