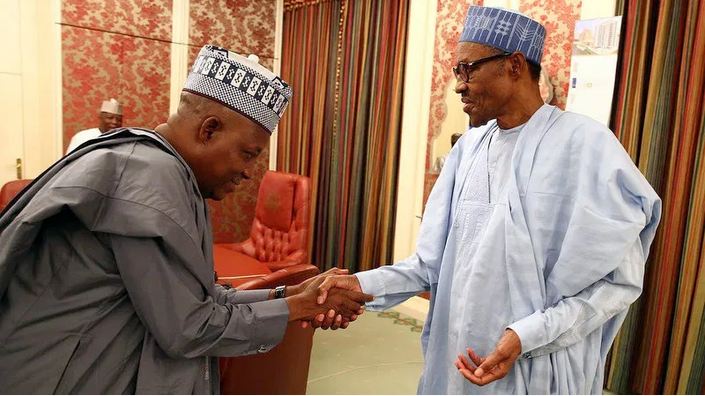 Naija News reports that the former governor expressed interest in joining Buhari’s cabal while speaking as a guest speaker at the 17th Edition of the Daily Trust Dialogue held in Abuja, Nigeria’s capital, entitled: 20 Years of Democracy in Nigeria: Strengths, Weakness, and opportunities, which took place on Thursday, January 16.

Shettima, a Senate Committee chairman on interior and chairman of the occasion, insisted that there are cabals in every administration, despite its negative connotation and the fact that some people may harbour the illusion that there is nothing like cabal.

The former governor, who stressed that cabals existed in the administration of former American presidents, Jimmy Carter, and Barrack Obama, added that he would not mind becoming one of the cabals in President Buhari’s “Next Level” administration so long as the opportunity calls, especially now that he resides in Abuja.

His words: “When Jimmy Carter was the president of America he had his own cabal. They were called the Georgia Gang. Almost all his appointees were from Georgia.

“Even when our own brother, Barack Obama became president, about 16 top appointments in the Obama administration were from Chicago. His first two chief of staff, so also two secretaries, his two advisers were all from Chicago. So, power does not exist in a vacuum. But the senator said rather than refer to these persons as cabals, he would prefer to call them power brokers.

“If I have my way, now that am in Abuja, I won’t mind being part of the cabals. But I would rather prefer to call it power brokers or inner caucus,” he said.