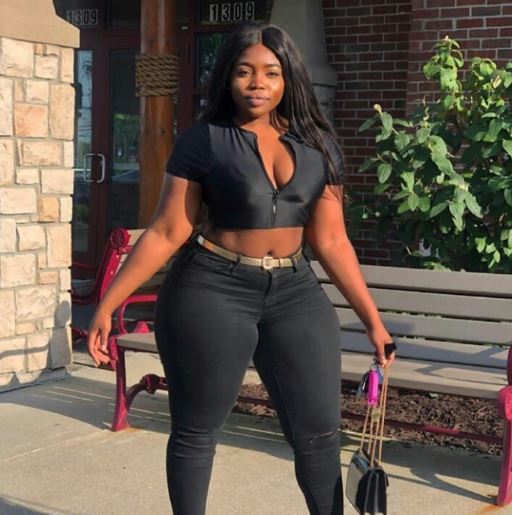 Twitter User @iamtberry has taken to his handle to mourn a female friend of his who was poisoned when she went on a date.

The twitter user said the lady went on a date with an unknown guy who poisoned her drink with an undisclosed drug.

He noted that she was rushed to the hospital but died from cardiac arrest caused her heart could not handle it. 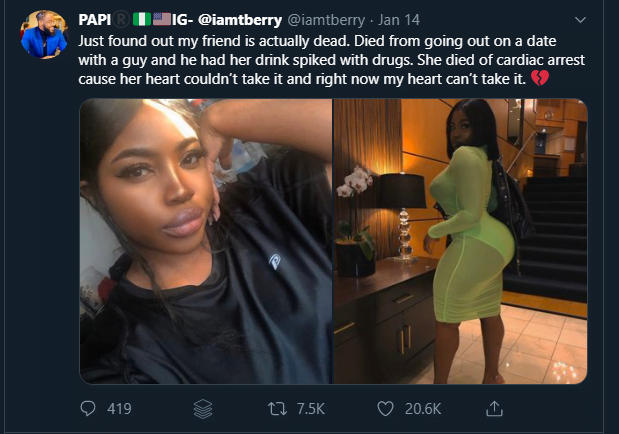 The spate of drugging people’s drinks/water has been rampant in recent times.

Naija News once reported the commotion that ensued in the front of LASU gate following the arrest and beating of men who sells sachet water, which is alleged to have been drugged to women so they can rape and rob them when they become weak.

Witnesses had said that the men wait for their victims to become weak before carrying out the act.