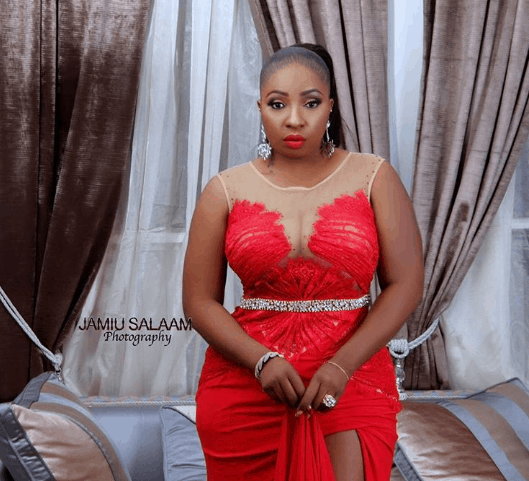 Anita Joseph Set To Get Married

Curvy and controversial Nollywood actress, Anita Joseph is reportedly set to marry the love of her life on the 14th of February, which is Valentine’s day.

It will be recalled the beautiful mother of one recently described the man as her king and the one behind her smile.

“The microphone magician “My King MAN The chosen One. The best of the Best. My Brownskin ManObim Nwokeoma Nkem Dimkpa My Love the Most handsome man in the whole world. the man behind my Smile,” she wrote.

This online medium understands the wedding is, however, going to be a private event.

The lucky man who is set to take Anita Joseph to the altar is said to be Fisayo Micheal aka MC Fish who is a fast-rising comedian.

Meanwhile, Naija News also understands another celebrity, Nina a BB Naija star, is also set to get married on the same date – February 14.

Nina who describes herself on her Twitter handle as an actor, multi-media personality, brand ambassador and CEO burst into limelight after her participation in the 2018 edition of the BB Naija reality TV show.