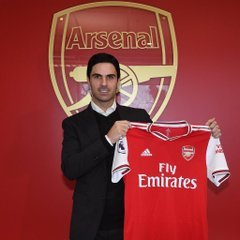 Arsenal has dived into the transfer market to sign reinforcements in a bid to solve their defensive problems before the January window closes.

It is understood by this online medium that Arsenal has opened talks with PSG left-back, Layvin Kurzawa, with a view to signing the French man on a free transfer in the summer, RMC reports.

The 27-year-old will be out of contract at the end of the season and is free to talk with foreign clubs as it looks unlikely that PSG will offer him a new deal.

Arsenal has now registered an interest in Kurzawa with head coach Mikel Arteta understood to have sanctioned a move for the player.

However, other top clubs, including Tottenham are also said to be interested in the player.

The Gunners are currently short in the left-back position after injuries to Kieran Tierney who arrived London from Celtic in the summer on a £25million deal.

Sead Kolasinac, another recognized left-back at Arsenal is also currently out with an ankle injury.