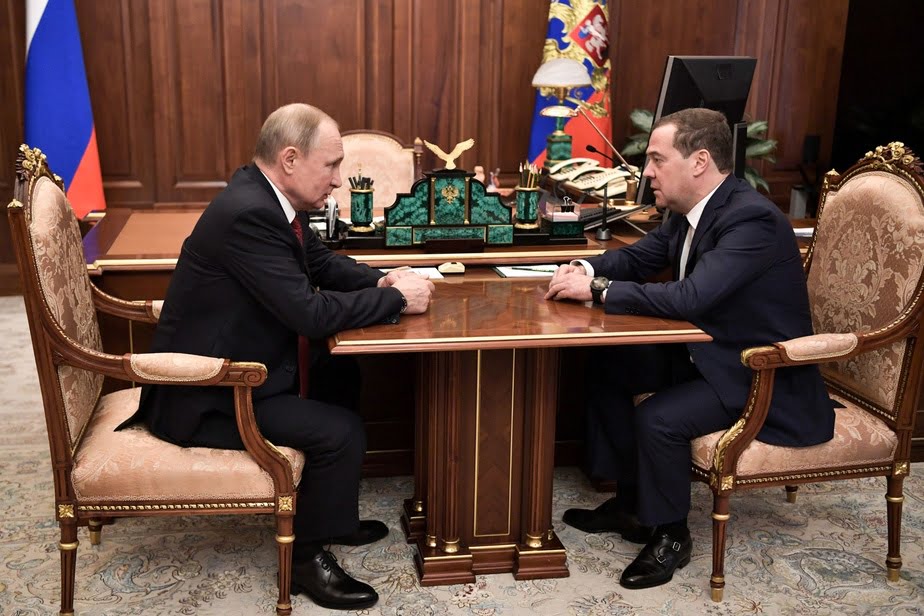 Russian Prime Minister Dmitry Medevev presented his government resignation to President Vladimir Putin on Wednesday, a surprise announcement after a speech by the head of state announcing constitutional reform.

“We, as the government of the Russian Federation, must empower the president of our country to take whatever action is necessary. This is why the government in its current composition is resigning, ”said Medvedev in remarks broadcast on television.

The President thanked his outgoing Prime Minister and his ministers, asking them to dispatch current business until the appointment of a new team.

“I want to thank you for all that has been done, to express my satisfaction for the results obtained even if everything did not succeed,” he said.

Medvedev, a close relative of Vladimir Putin, said he was resigning following the president’s decision to make “fundamental changes to the Russian constitution”, reforms which he says are changing “the balance of power »Executive, legislative and judicial.

Vladimir Putin on Wednesday proposed a series of reforms to the Russian Constitution to strengthen the powers of Parliament, while preserving the presidential character of the political system which he has piloted for 20 years.

The main measure announced aims to strengthen the role of Parliament in the formation of the government, giving it the prerogative to elect the Prime Minister whom the President will then be “obliged to appoint”. Currently, the Duma confirms the choice of the Head of State.

According to Putin, this is a “significant” change for which he deemed Russia “fairly ripe”. The two chambers of Parliament are today dominated by pro-Putin forces and never oppose the wishes of the Kremlin.

These announcements during the annual speech of the Russian president to Parliament and the political elites fueled questions about his future after 2024, at the end of his mandate when he never put forward a successor or expressed his intentions.

Dmitri Medvedev served from 2008 to 2012 as Russian President, Vladimir Putin has had to cede the Kremlin for a term due to constitutional restrictions, taking over the head of government. In 2012, the two men switched roles.

Vladimir Putin said Wednesday to offer to his faithful collaborator the post of vice-president of the Russian Security Council, an organ that the head of state presides.