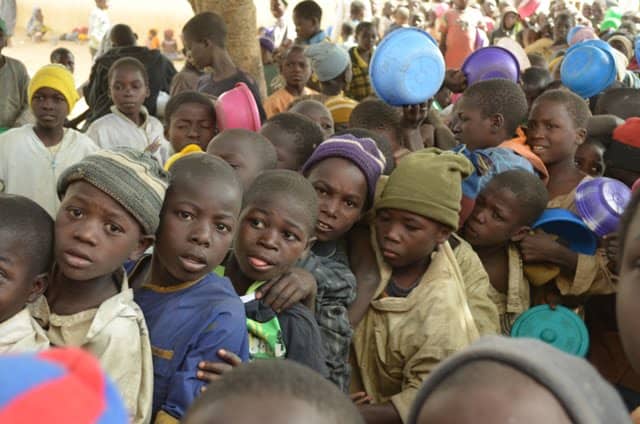 The Almajiri (al-Muhajirun) in Arabic, is a Northern Islamic system of Education, whereby young children are given out to learn the Quran from its root to have a wide knowledge of Islamic religion.

But as it is today, the system is no more serving its purpose in Nigeria. The system seems to have produced more terrorists than good religion men as it has been abused.

Naija News recalls that the Emir of Kano, Muhammad Sanusi ll, a year ago, says 60 years after independence, Northern Muslims are still under colonisation.

A statement he made at a public film screening of the docudrama on the Almajiri system titled “Duniya Juyi-Juyi” (How life goes) and the launching of the book “Qur’anic schools in Northern Nigeria” produced by a German, Hannah Hoechner.

Today in the same vein, the Katsina State government has said that it will abscond the large population of Almajiri children off the streets by halting the system and thereby blend it into Koranic and western education

Governor, Aminu Bello Masari, who made this known in a media chat with reporters at the Government House, maintained that the state government was liaising with the Universal Basic Education (UBEC) and the Federal Ministry of Education on how to take the children out of the street, by also incorporating the school feeding programme under the Federal Government’s Social Investment Programme.

”Government is doing all it could to address the issue of Almajiris. Forcing children to acquire religious knowledge without a blend of formal western education places them on the verge of destruction and renders them un-important elements to the society and the nation at large,” he said.

“We are planning to incorporate them into the school feeding program, because the government will soon take all statistics of all the Koranic schools in the state, and if the Malam is from Katsina state, he will go back to his community and do the Islamic teaching there. He does not need to travel from one local government to another before he does that”.

“So, taking children from one state to the other should be discouraged, I think what we need to do is to criminalise it, we must have a unity of purpose, and there has to be a law not only for Northern states but for Nigeria as a whole”.