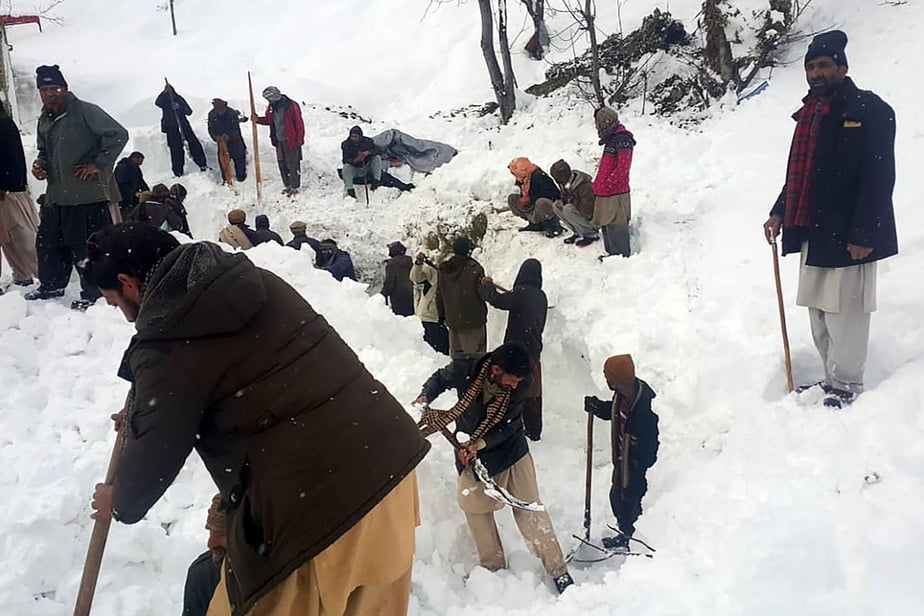 Snowfall and avalanches have left at least 100 dead and 90 injured in Pakistan in recent days, according to the latest report released Wednesday by the National Disaster Management Agency (NDMA).

Pakistani Kashmir was the most affected region, with 76 dead, 53 injured, and nearly 200 houses damaged or destroyed, according to NDMA, which also reports 20 dead and 23 injured in Balochistan province (southwest), the rest of the victims have died in other mountainous regions of the country.

The Pakistan Kashmir disaster management authority has meanwhile counted 77 dead, including 74 in the Neelum Valley alone, and 94 injured, according to its director of operations Saeed ur Rehman Qureshi.

“We fear that some people are still buried under the avalanches,” he said, adding that snowfall had resumed in the affected areas, hampering rescue operations.

Lal Hussain Minhas, a resident of the Neelum valley, told AFP that he had taken the body of one of his cousins’ wife from a house whose roof had collapsed under the snow. “I am now trying to take out the remains of two of his children,” he told AFP by phone.

On Tuesday, the Baluchistan disaster management agency for its part had mentioned 31 dead and 23 injured.

Prime Minister Imran Khan visited Muzaffarabad, the capital of Pakistani Kashmir, on Wednesday. He notably visited the injured treated in a city hospital.