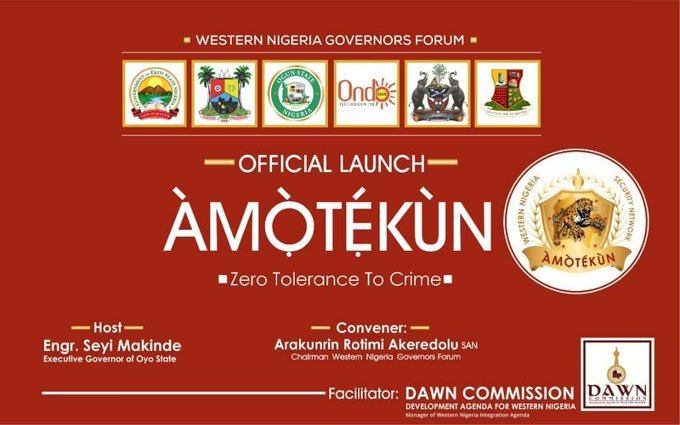 The Verdict of the Federal Government on the newly established south-west security outfit codenamed: “Amotekun”, has generated several reactions from several stakeholders and Nigerians.

Naija News recalls that the security outfit was established by the southwest governors to aid the fight against Kidnapping and tackle the rising cases of criminality in the region.

This online news platform, however, understands that the South-West governors would in the next few days meet and might resort to legal action against the AGF’s pronouncement.

Meanwhile, Ayo Adebanjo, a leader of Afenifere, Yoruba socio-political organization, says the federal government has no right to declare Amotekun, a south-west security outfit, as illegal.

Speaking further, Adebanjo said the AGF has no right to make such a pronouncement. He also said the federal government ought to have gone to the court if it had anything against the outfit.He said similar civilian organizations are operating in the north, wondering why the one in the south is considered illegal.