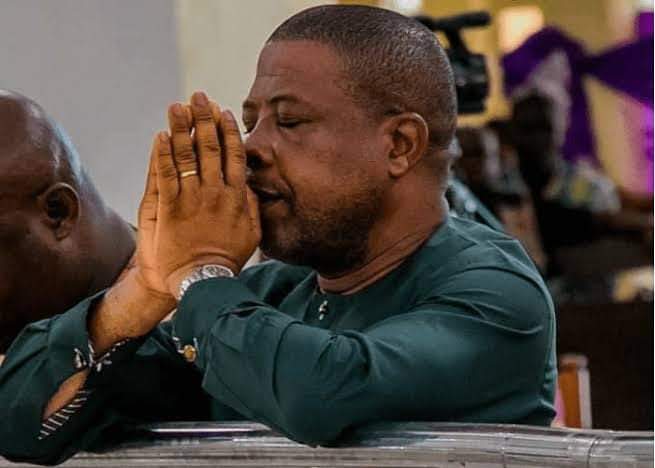 A storm of reactions by Nigerians has greeted the Supreme Court judgment which declared Hope Uzodinma governor of Imo state, southeast Nigeria.

Moments after the news broke, Nigerians took to the micro-blogging site, Twitter to react to the judgment.

Is there anyone with a convincing explanation for this? The candidate who came fourth in the Imo guber election, has been announced as winner by today’s Supreme Court judgment, and it strangely didn’t come with any statement. https://t.co/fYtQSPyo00

I would like someone to explain to me how you can shoot up from 4th position to winner?

Nigerians are witnessing ONLY Signs & Wonders at Tanko-Buhari’s Supreme Court!

Buhari’s electoral reforms is on voicemail?

Supreme court is on fire!

Incredible?
Unbelievable?
Nigeria is indeed the giant of Ondo State!

Tanko and his co travellers would go down as the worst Justices ever to have sat at our supreme bench.

At this rate, you don’t need to contest to be declared winner.

Oue supreme Court is now a den of legal robbers.

Hope is from my area,but this is daylight robbery.

Congratulations to Governor Hope Uzodinma of our great party, APC, who was today, declared winner of the March 2019 Imo gubernatorial election by the Supreme Court of Nigeria.

Congratulations to Hope Uzodinma on being declared Governor of Imo State by the Supreme Court. As I always insist, the Rule of Law must prevail, no matter who the current law favours, or else we will have anarchy. Any law we don’t like, we should change it and then abide by it.✌?

How do you explain what the Supreme Court just did to Law Students, Law teachers & Junior Lawyers?

Would someone please explain to me how a candidate that came 4th in the election suddenly became the winner? The Supreme Court has a lot of explaining to do! The people of Imo did not deserve this nonsense!