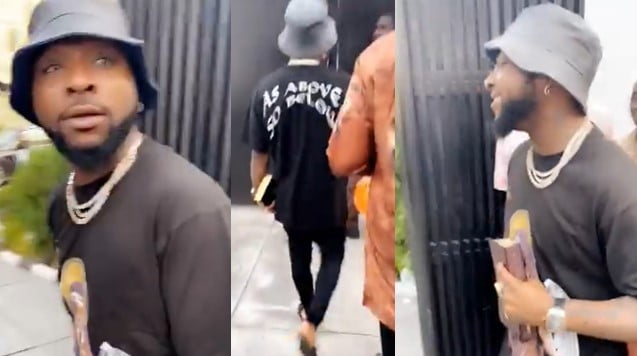 Barely a month after Nigerian Singer and DMW boss, David Adeleke, popularly known as Davido reacted to being portrayed in a video advert for a January 2020 programme of the Commonwealth of Zion Assembly (COZA), the singer has been spotted in a now-viral video as he matched to Church for Bible Study Class.

Davido, in the video, could be seen holding a Bible as he walks with his team to attend a Bible study class.

Though the name of the Church where Davido attended the study was not mentioned, but, it was all hilarious in the video as his crew members and friends were making gest of him, while holding firm his Bible and a balloon.

Reacting to the video, some Nigerians were asking if his woman, Chioma, was responsible for the singer’s sudden appearance in Church for a Bible Study.