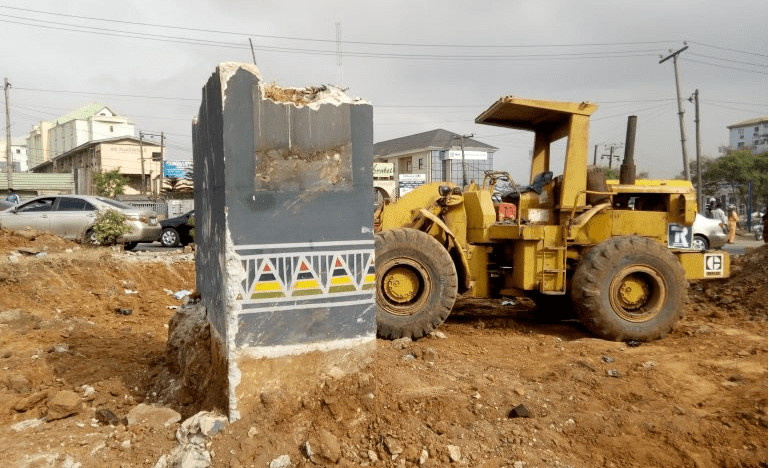 Naija News has been informed that Lagos State Government has destroyed Afrobeat legend, Fela Kuti’s statue which was situated in Ikeja.

This was coming a few days after Grammy nominee and Afrobeat singer Seun Kuti has sent a strong message to former President Goodluck Jonathan against the proposed intention to run for the 2023 presidential election.

Speaking through his twitter handle Seun warned him not to bother trying to run for president as Nigerians suffered terribly under his regime.

He gave the warning after the former president reportedly announced his intention to run for president in the next election.

On the statue mater, Gboyega Akosile who is the spokesperson to Lagos State Governor stated that provisions will be made for a better location where it won’t cause a traffic jam.

Naija News understands that the monument was commissioned in 2018 by former Governor of Lagos State Akinwunmi Ambode, but now considered as one of the four roundabouts in Lagos causing gridlock, by Governor Babajide Sanwo-Olu’s administration.

Akosile also noted other roundabouts causing gridlock in the state to be located at Ikotun, Lekki-Epe expressway and Maryland.