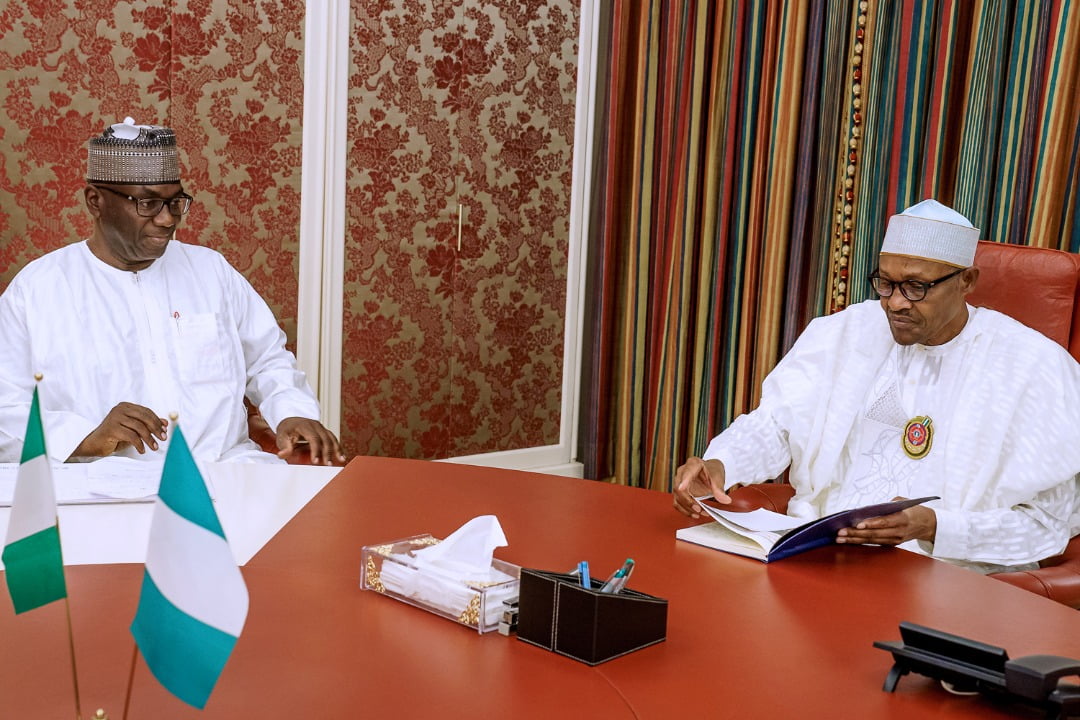 President Muhammadu Buhari has held a closed-door meeting with  Kwara State Governor, Mr. AbdulRahman AbdulRazaq over some developmental challenges he inherited in the north-central state and the steps he has taken to gradually reposition it.

The Governor who made his efforts to gradually reposition the state known through a statement by his Chief Press Secretary Rafiu Ajakaye said he has been tackling with infrastructural deficits in the area of water, roads, education, health, and agriculture. He also said these challenges have been resolved within a limited time.

“His Excellency also told Mr. President how he has been tackling these challenges such as gradually restoring potable water in the state capital and other parts of the state, the payment of various counterpart funds in the health sector, how he has returned UNICEF back to the state after many years, the blacklisting of Kwara State by UBEC and the payment of the N450m debt to restore the relationship, among many other steps he has taken.”

The statement said AbdulRazaq also told Buhari about how he quickly ended the strike across the Colleges of Education when he assumed office and how he had since paid over N700m to settle their salary arrears.

He also narrated to the President how his administration has restored constant and timely payment of salary of workers, subventions and running costs across various ministries.

He also explained to the President that Kwara is already keying into various developmental projects of the Federal Government, including passing the state’s Social Investment Programme law that provides for school feeding, soft loans for marketers, and conditional cash transfer for the elderly to cut poverty rate.

“The Governor meanwhile appealed to the President on the condition of Federal Roads in the state. He also told the President that the state will construct the Kosubosu-Bode Saadu Road to open up Kwara State. He also urged the President to give special attention to the roads. He also told Mr President that Kwara wants a Federal College of Education. He equally requested the fast tracking of the National Livestock Transformation Programme because Kwara wants to be an integral part of it, especially the dairy component of the programme,” the statement said.