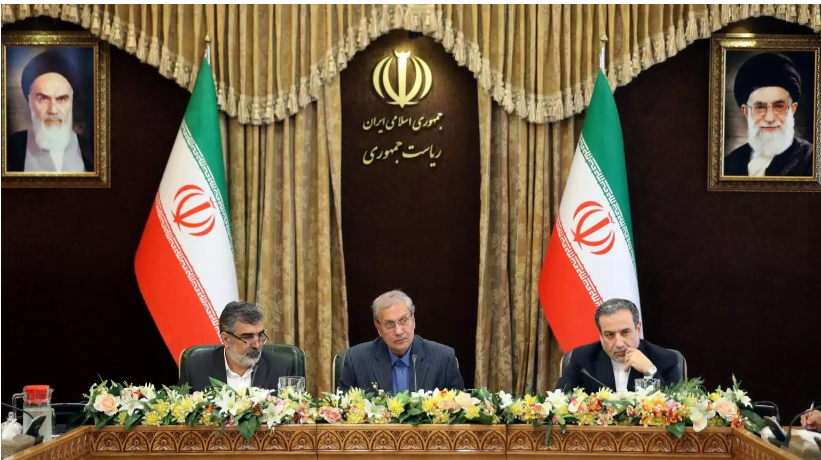 The Ukrainian International Airliner which recently crashed in Tehran has heightened tension between the President Hassan Rouhani’s administration and Iranian military, the Revolutionary Guard.

The tension was stirred after the presidency reportedly accused the military of misleading them on the plane crash that saw 176 passengers killed.

The spokesperson of the Presidency, Ali Rabiei, said the Revolutionary Guard had lied to the President that the country was not involved in the plane crash.

Rabiei in the statement said, “All relevant authorities had assured us that there had been no missile involved in the downing of the Ukrainian plane.”

The Telegraph reports that a leaked recording showed a Revolutionary Guard officer complaining that they were being left out to dry by the President as they faced widespread fury over the downing of Flight PS752.

A recording which was released by the Iranian opposition site, Pyk Net, revealed how a commander of Revolutionary Guard was addressing a room full of his comrades and urging them to calm down on the political disagreement.

“The statement by the government admitting the cause of air crash was disgraceful,” he said.

“The statement should not have blamed the entire Revolutionary Guard and could have just said it was the fault of one individual.”

The commander further stated that the Iranian government should have waited for two or three months before announcing that it was involved in shooting down the plane.

He noted that the government should have allowed the guard to gain public support after the death of Qassim Soleimani and the missiles that were fired against the US bases.

The commander added that the presidency is not appreciative to the Revolutionary Guard for crushing anti-government protests last year.