Governor Emeka Ihedioha of Imo State has reportedly wept in his office after the Supreme Court declared Senator Hope Uzodinma the duly elected governor of the state.

Naija News reports that the Supreme Court of Nigeria headed by Justice Tanko Muhammad has sacked the incumbent, Governor Emeka Ihedioha from office.

The court held that the lower courts erred in law when it rejected evidence tendered before them to the extent that votes from 388 polling units were not credited to the APC and Hope Uzodinma. 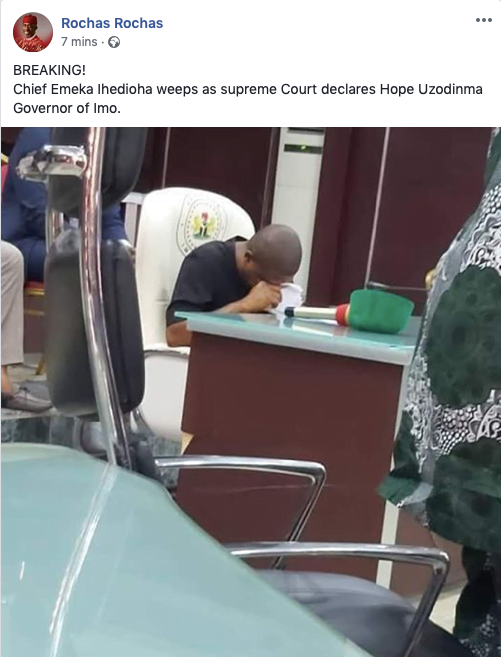