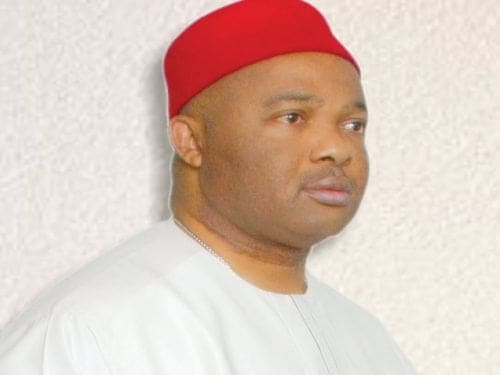 Hope Uzodinma has reacted to the Supreme Court judgment which declared him the governor of Imo state, southeast Nigeria.

Naija News had reported earlier the Supreme court sacked Emeka Ihedioha as governor of Imo state and affirmed Uzodinma as the winner of the March 9 governorship election.

According to results declared by the Independent National Electoral Commission (INEC), Ihedioha, who contested the election on the platform of the Peoples Democratic Party (PDP), secured 273,404 votes; Uche Nwosu of Action Alliance had 190,364 votes; Ifeanyi Ararume of the All Progressives Grand Alliance (APGA) polled 114,676 votes while Uzodinma of the All Progressives Congress (APC) secured 96,458 votes, a distant fourth in the governorship election.

Reacting to the judgment in a statement issued by Declan Emelumba, his spokesman, Uzodinma said his “stolen mandate has been recovered.”

His words: “The Supreme Court has declared Sen. Hope Uzodinma as the duly elected governor of Imo State. The beautiful thing is that our stolen mandate has been recovered.