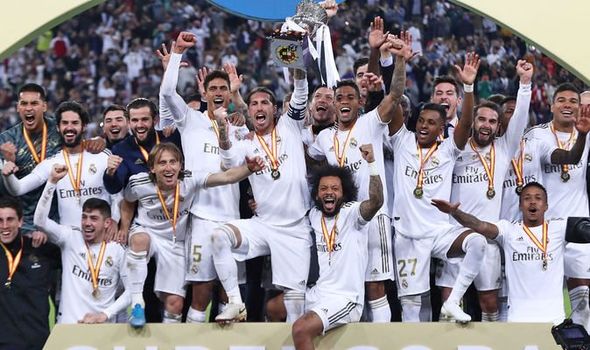 La Liga side, Real Madrid will be paid £2.55million (€3million) by the Royal Spanish Football Federation for winning the Spanish Super Cup on Sunday in Saudi Arabia.

According to the Express Uk, Atletico Madrid who lost to Zinedine Zidane’s men will receive £1.7million (€2million) for emerging as runner-up.

Real Madrid captain, Sergio Ramos, put his strike home to hand his side the cup and Zidane his 10th trophy as manager of the club.

Zidane has also won all the nine cup finals he has taken the team to.