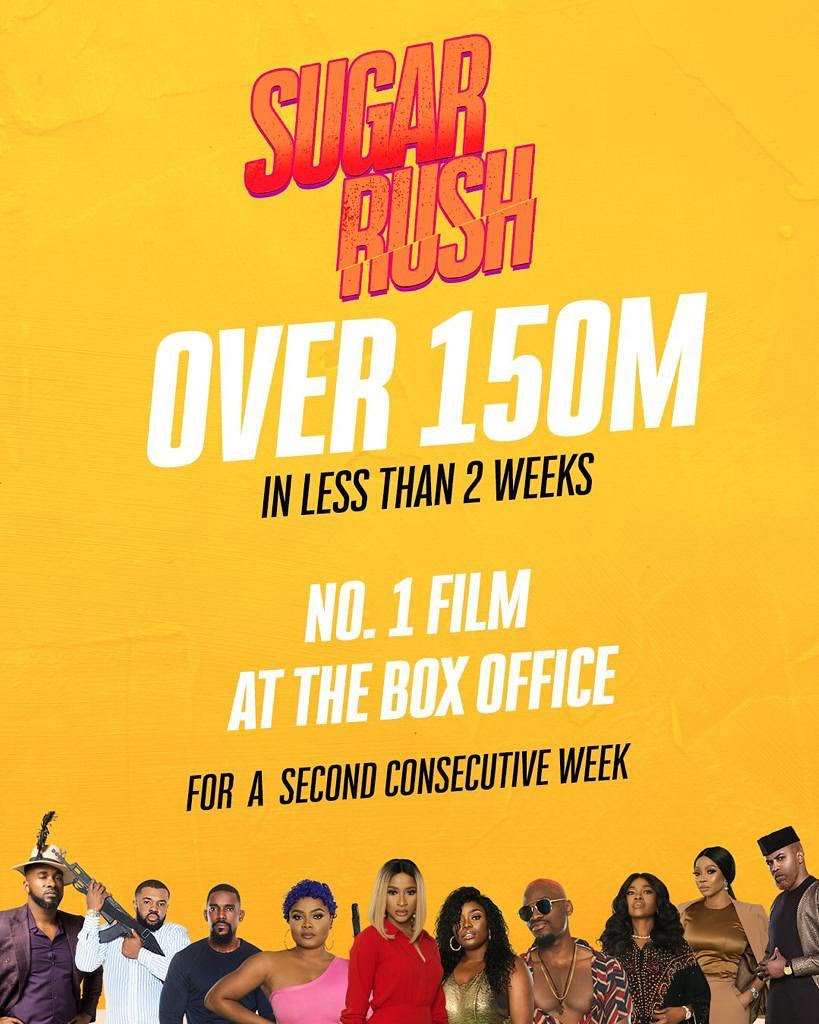 The National Film and Video Censors Board (NFVCB ) has banned the viewing of the recently released movie,” Sugar Rush “ in all the nationwide cinemas.

Mr. Thomas also revealed that the movie was not suspended because of some scenes found to portray the Economic and Financial Crimes Commission as an incompetent organization.

The film, which centers on three sisters who accidentally discover $800,000 (N288m) in the house of a corrupt man, also shows failed attempts by the EFCC to recover the money, depicting the EFCC operatives as incompetent and clumsy.

Here is what he had to say with regards to the suspension on his Instagram page below:

If you saw @sugarrushmovie and loved it, or if you planned to, please read our statements… We are very hopeful and optimistic that the film will be back on screens in a few days, so please don't give up on us, and please stay optimistic with us. Your love and support means the world to us. Thank you to @nfvcb for helping us rectify any issues… Pls stay tuned, by God's grace you will see our film again VERY SOON. Pls stay positive people!! Love you all. #BringSugarRushMovieBack